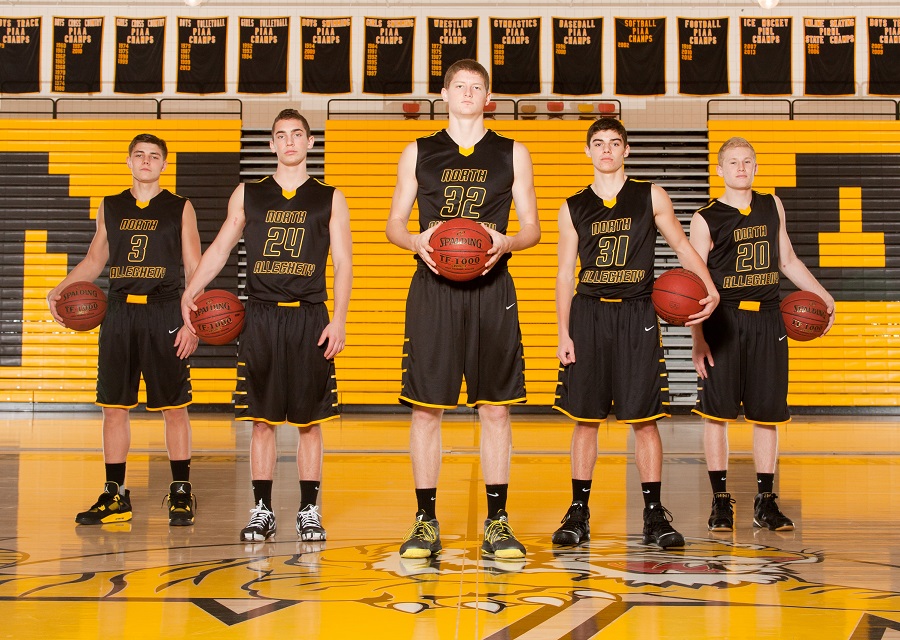 Coming off a 22-4 season a year ago and a trip to the PIAA playoffs, the North Allegheny boys’ basketball team opened the 2014-15 campaign with a 64-47 triumph over Haverford at the Skip Coleman Tip-Off Tournament at State College.

The Tigers entered Friday’s action looking for a fourth straight title at the annual State College Tip Off and came a game closer to their goal thanks in part to a 19 point and seven rebound performance from senior Cole Constantino. North Allegheny led 38-35 at halftime but gained control of the contest with a strong third quarter, outscoring the Fords, 18-9, in the period.  The Tigers finished off the Fords by outscoring them, 18-13, in the fourth quarter.

Joining Constantino in double digits was fellow senior Will Sandherr who tallied 13 points and a team-high five rebounds. Freshman Curtis Aiken added seven points off the bench and four steals.  Haverford was paced by Jack Donaghy’s 12 points.  Donaghy was the lone player in double digits for the Fords.

With the season opening win, North Allegheny will take part in the title tilt at the Skip Coleman Tip-Off tournament against Norristown Area at 3:30 pm on Saturday.