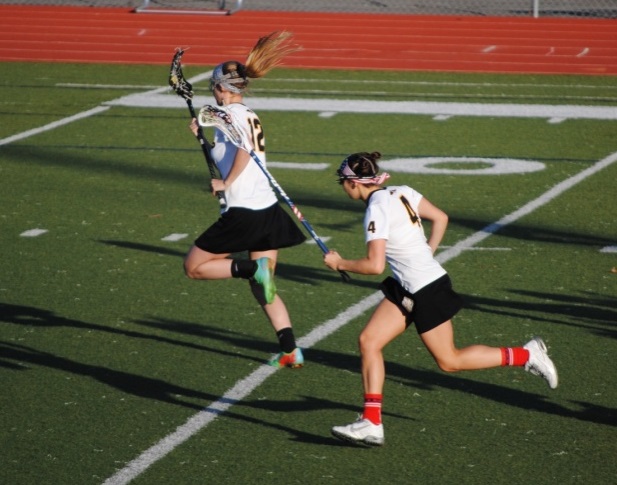 It was worth the wait for North Allegheny in a lightning-delayed contest at Newman Stadium on Thursday night as the Lady Tigers outlasted the Seneca Valley Raiders for a 13-12 triumph. Abby Washabaugh scored four goals and Caroline Palguta tallied a hat trick to help North Allegheny to its first section win of the season.

North Allegheny and Seneca Valley exchanged scores throughout the first half with two goals by Brooke Ferringer, three goals by Palguta, two goals by Washabaugh, and one goal by Nicole Synan. Goalie Katie Shideler made a number of key saves during the half and allowed NA to maintain an 8-6 lead at the half.

NA kept up the pressure the second half with goals by Lexi McClure, Paige Jones, Sami Mogielski and Washabaugh (her third and fourth goals).  Shideler continued her strong performance in net in the second half to solidify the victory. A late surge by Seneca Valley was not enough and North Allegheny won the game with a final score of NA 13, Seneca Valley 12.