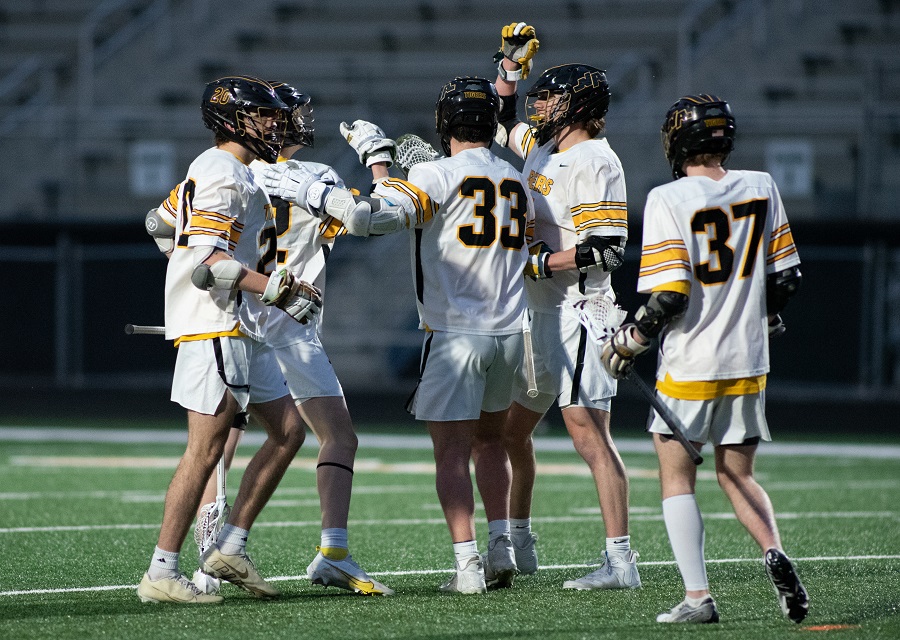 The North Allegheny boys’ lacrosse team remained unbeaten in section play on Wednesday night with an 18-3 blowout of Butler at Newman Stadium. The victory was North Allegheny’s 10th in a row in the head-to-head series with Butler dating back to 2004.

The Tigers flexed their offensive muscle early and often and scored just 49 seconds into the game on a marker by senior Cole Bordo for an immediate 1-0 lead. Junior Marc Bartolomucci and sophomore Evan Lyon scored back-to-back goals for a 3-0 lead with 9:08 remaining in the first quarter. Following a Butler time out, the Golden Tornado responded with a marker from Ayden Davis to trim the NA lead to 3-1 with 7:47 left in the opening stanza. Any momentum Butler seized was short-lived as North Allegheny scored 10 unanswered goals to end the first half for a 13-1 advantage by intermission.

In all, North Allegheny scored 14 consecutive goals following the Davis tally in the first quarter and the Tigers cruised to a dominating 18-3 triumph. Bartolomucci paced the offense with five goals and an assist on his way to Wright Automotive Player of the Game honors.

With the win, North Allegheny improves to 5-4 overall and 3-0 in Section 2-AAA. Butler falls to 2-4 overall and 1-2 in the section. The Tigers will visit Allderdice on Thursday afternoon for another section contest.