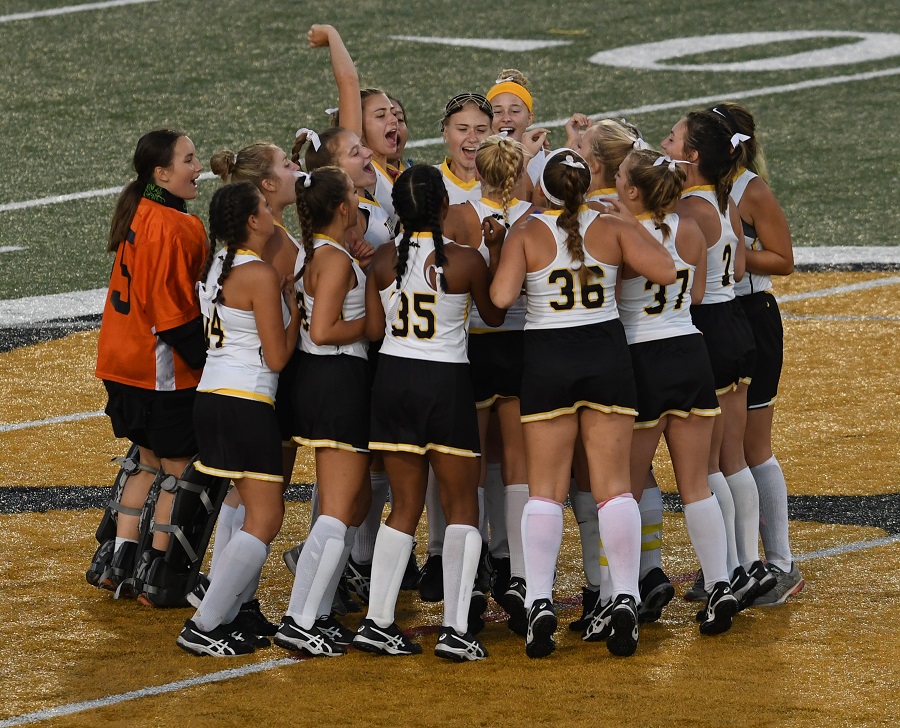 Winning their third game in the last four tries, the North Allegheny field hockey team continued its midseason upswing with a 4-1 victory over Upper St. Clair on Wednesday night. The section win propels the Tigers into a third-place tie with Mt. Lebanon in the WPIAL Division I standings.

North Allegheny’s excellence on penalty corners continued on Wednesday with a 2 for 6 success rate against USC. It was a penalty corner that set up the Tigers first goal of the evening as a Kate Adams tip-in with 18:15 to play in the first half gave NA a 1-0 lead.

Just over six minutes later, the Tigers team speed resulted in the next goal of the night. Senior Izzy Ingram started a fast break down the right sideline and sent a pass left to senior Hailey Wachowiak, who one-timed her shot past the USC keeper for a 2-0 advantage with 12:00 remaining in the half.

Five minutes into the second half, Upper St. Clair had its best chance to edge back into the game when Madeline Takos streaked into the circle. However, freshman goalie Jordan Ashbaugh aggressively played Takos and forced her to miss her shot attempt wide right, keeping the NA lead intact, 2-0.

On a penalty corner, North Allegheny expanded the lead to 3-0 on Wachowiak’s second goal of the night, and team-leading 11th of the season, with 16:18 to go in the game.

Around the 10-minute mark of the half, Ashbaugh made two more impressive saves to deny Takos and Victoria Cuba to prevent the Panthers from scoring. Ashbaugh made 12 saves on the night to earn the victory.

Adams scored again for the Tigers with 9:05 left in regulation for a 4-0 lead. The goal was Adams’ fourth of the season, all coming over the last week. For her efforts, Adams was named the Wright Automotive Player of the Game.

Upper St. Clair managed to break the shutout down the stretch on a goal by Kylee McCown to bring the final score to 4-1, North Allegheny.

With the win, North Allegheny improves to 5-8-1 overall and 4-1 in WPIAL Division I. The Tigers host winless Allderdice on Thursday night at Newman Stadium.