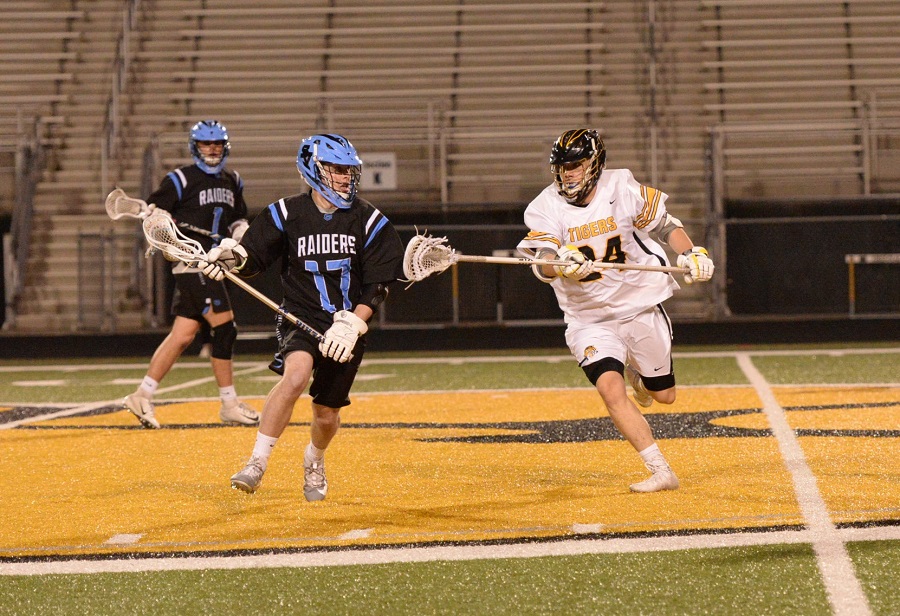 The Tigers, who are the No. 1 overall seed in the tournament, did not waste any time getting on the board early. Back-to-back goals off the stick of senior Matt Osten gave NA a 2-0 advantage with roughly eight minutes to play on the first quarter. Seneca’s Noah VandeWater cut the lead in half with his first goal of the game later in the first.

The second quarter was all Tigers, as junior Isaiah Davis netted a goal at the 9:47 mark. A few minutes later, junior midfielder Nick Kairys intercepted a Raider pass at midfield and brought possession into the offensive zone. A quick pass on the doorstep of the crease led to a shoveling backhanded goal from senior Kyler Byerly and the Tigers led 4-1. Nick Eck added a marker later in the frame and NA took a 5-1 lead at halftime.

Three more Tiger tallies in the third quarter off the sticks of Byerly, Ben Maenza and Davis extended the lead to 8-1 after three quarters of play.

In the fourth, junior Andy Lake punched the Tigers’ seventh straight score into the back of the net. VandeWater and Brady Paige added back-to-back goals for the Raiders to trim the score to 9-3. Byerly netted a hat trick goal with less than two minutes left. He also earned Wright Automotive Player of the Game honors with three goals, and assist and five groundballs.

Sophomore netminder Aiden Miller made six saves in the win.

The Tigers improve to 14-3 overall on the season and are set to face Mt. Lebanon in the WPIAL Semifinals Monday, May 20. The time and date for the game is still to be determined. NA topped Mt. Lebo 8-6 at Newman Stadium back on March 28.