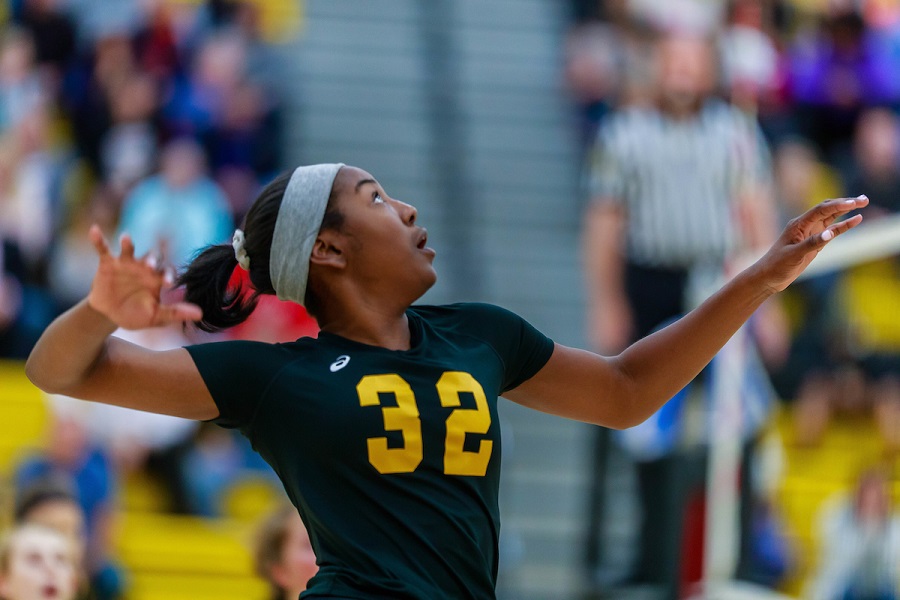 The top-ranked North Allegheny girls’ volleyball team led wire-to-wire and rolled over the ninth-seeded Peters Township Indians in the WPIAL quarterfinals on Tuesday night, 3-0. North Allegheny never trailed in any set against the Indians and won by set scores of 25-19, 25-9 and 25-19.

Appearing in the WPIAL quarterfinals for the first time since 2012, Peters Township hung with NA in the early going and knotted up the score at 12-12 in set one with the help of senior OH Brooke Hjerpe who tallied four kills and an ace in the set. However, the swings of NA senior Kayla Dinkins powered the Tigers to a 25-19 victory. Dinkins posted five kills in the opening set and was a consistent presence throughout the night. For her efforts, Dinkins was named the Wright Automotive Player of the Game.

The Lady Tigers pounced on the Indians in the second set and jumped to an 11-1 lead en route to a 25-9 win. In similar fashion, North Allegheny raced to a 21-11 advantage in the third set before Peters Township staged a futile last-ditch comeback bid. The Indians trimmed the deficit to 22-18 before the Tigers won three of the final four points to advance to the WPIAL semifinals.

In typical North Allegheny style, there were many contributors to the win including strong play in the middle from Mika Logan and Anna Sprys, and outside swings from Avery Tuman and Paige Miller. Sophomore setter Abby Miller efficiently facilitated the offense and senior libero Erin Carmody anchored the defense.

North Allegheny improves to 17-0 on the season and will face the 12th-ranked Hempfield Spartans on Thursday night. Hempfield upset Baldwin in the quarterfinals on Tuesday night, 3-1.