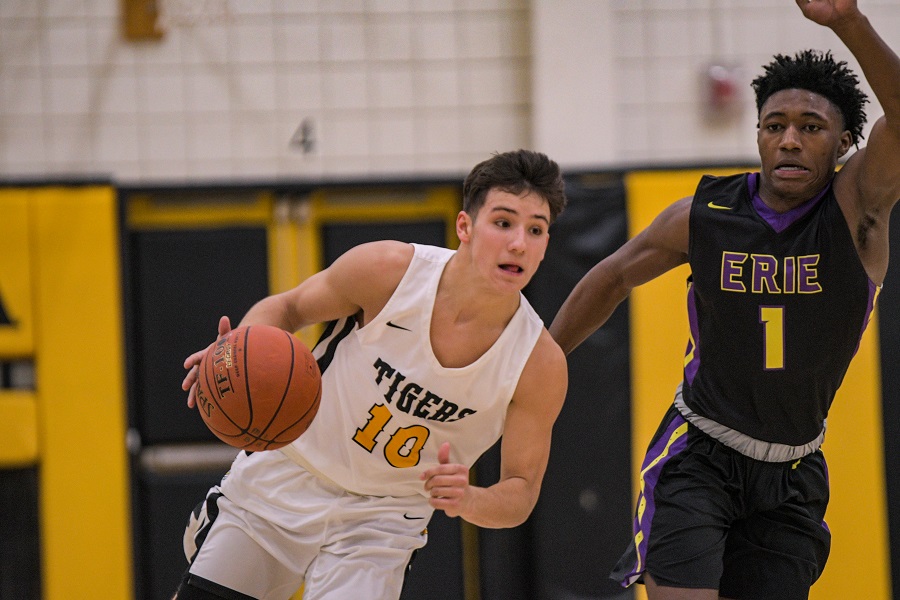 It was a rare Friday night without any section games in Class 6A, but that didn’t stop the North Allegheny boys’ basketball team from winning its fourth straight game, a 57-45 victory against visiting Erie High School in non-section action.

The Tigers’ defense held the Royals to only 31.9 percent (15 of 47) from the field, including on six field goals in the first half.

The difference in the game was the start of the quarters. NA began the game on an 8-0 run before six unanswered points by Erie got them right back into the game. The Tigers held a slim 22-17 lead at halftime.

Erie crawled back into the game and halfway through the third quarter, the game was tied 26-26. Another 8-0 run gave North Allegheny a 34-26 lead. The run was highlighted by a four-point play from junior guard Mike Iuzzolino. Iuzzolino scored 13 of his team-high 15 points in the second half.

NA put the game away by starting the fourth quarter on a 7-0 run.

With the win, the Tigers improve to 9-4 on the season. They will return to section play with a home game on Tuesday night against Butler at 7:30 p.m. The game will be broadcast live via the NA Sports Network.