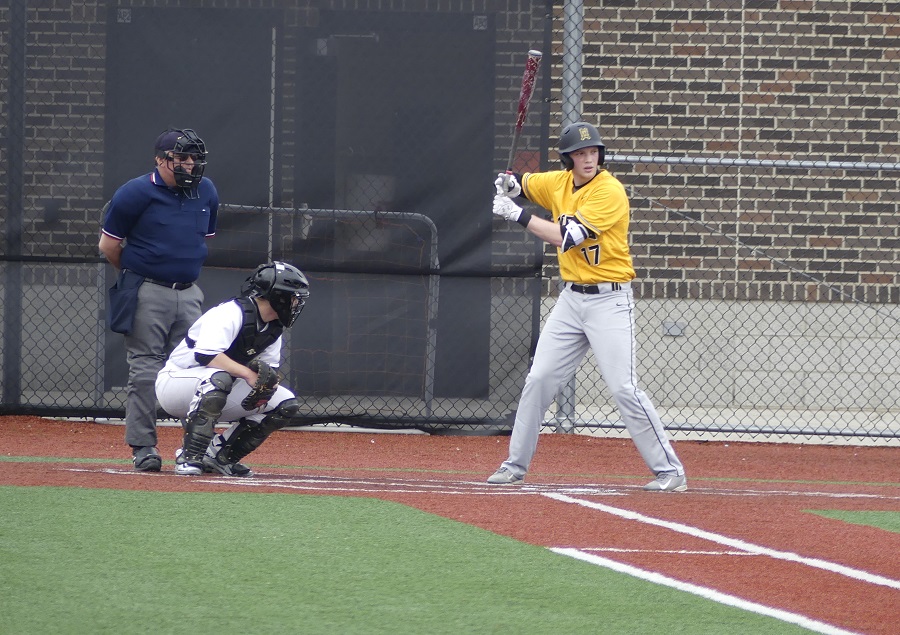 Tigers Rally At Latrobe For 3-2 Win On Opening Day

North Allegheny scored two runs in the seventh inning to earn a dramatic come-from-behind win at Latrobe, 3-2, in the 2017 season opener on Saturday. With the Tigers down to their final out in the top of the seventh, junior Colin Cain tied the game with an RBI single that plated Justin Hamm from second base. Junior Luke Trueman followed with an RBI single to drive home senior Blake Pillage for a 3-2 NA lead.

In the bottom of the seventh, junior Caiden Wood entered the game in relief and slammed the door on Latrobe with a 1-2-3 frame to earn the save and secure a 3-2 victory on opening day for the Tigers. Starting hurler Bobby Brown tossed four innings and allowed two runs on four hits. Sophomore Anthony Hattrup picked up the win with 0.1 innings of relief, retiring the final batter in the bottom of the sixth inning and leaving two Wildcats stranded on the base paths.

In the early going, Latrobe built a 2-1 lead courtesy of a Zach Kokoska sacrifice fly in the first inning and a Ryan Augustine RBI single in the second inning. Kokoska, the starting pitcher for the Wildcats, held North Allegheny to one run in four innings. Latrobe reliever Jared Kollar worked three innings out of the bullpen but couldn’t successfully navigate through the Tigers order in the seventh inning and was saddled with the loss. Saturday’s outcome earned a measure of revenge for the Tigers against Kollar, who delivered a complete-game shutout against NA in the opening round of the playoffs last season.

Cain had the top offensive performance for North Allegheny out of the clean-up spot, going 4 for 4 with a double and two RBI’s. Cain also pitched 1.1 innings of scoreless relief.

North Allegheny looks to add on to the win column following its opening day victory as the Tigers host the Penn-Trafford Warriors on Monday.