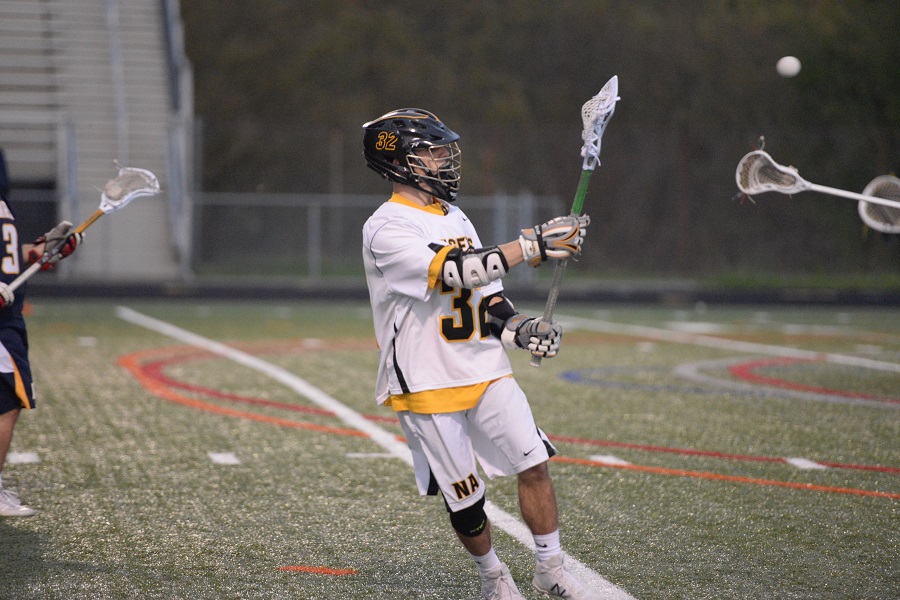 In a late-season showdown between two of the top quads in Class AAA, the second-ranked North Allegheny Tigers recovered from a slow start to defeat Bethel Park, 6-5, on Friday night. Coming off a pair of big Section 1 wins over Mt. Lebanon and Peters Township earlier in the week, the Black Hawks continued to ride that momentum for a 4-0 lead over the Tigers in the first quarter. Bethel Park capitalized on the absence of injured All-WPIAL defenseman Greg Ferringer before the Tigers settled into the game late in the opening stanza.

In the final minute of the first quarter, NA got back on track with goals by Dillon Dugan and Isaiah Davis to cut the Bethel Park lead to 4-2. After a scoreless second quarter, Gavin Hagen and Alec Vissotski scored third period goals to tie the contest at 4-4.

In the fourth period, Dugan and Matt Osten gave the Tigers a 6-4 advantage with 2:28 remaining in the game. A double penalty on NA with 50 seconds left allowed the Black Hawks a key scoring opportunity and BP cashed in to trim the score to 6-5, North Allegheny. However, Bethel Park could come no closer and the Tigers captured the win.

With the win, North Allegheny jumps to 11-3 overall while Bethel Park dips to 7-6 on the season. The Tigers return to section play on Tuesday night with a home contest against North Hills. The game will be broadcast live via the internet on the North Allegheny Sports Network.