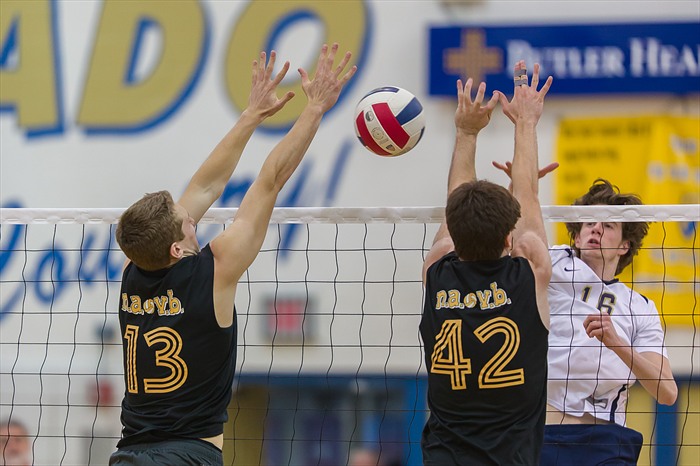 In a battle of two of the very best in the WPIAL, the North Allegheny Tigers outlasted the Ambridge Bridgers on Friday night, 3-2, in a non-section game on the road. In the final tune-up game of the season, the Tigers claimed an exciting victory over the top-ranked Class AA team in the state with set wins of 29-27, 21-25, 22-25, 25-20 and 15-13.

North Allegheny’s David Haus and Mitch Higgins drilled the Bridgers for 23 and 22 kills, respectively. Senior Antonios Balouris had a strong night with 62 assists, 10 digs and four blocks. Brendan Brown earned 11 kills and four blocks. Libero Ethan DeRubbo collected a team-high 18 digs in a strong performance for the Tigers heading into the WPIAL playoffs.

The Tigers await the announcement of the WPIAL playoff pairings on Monday.  The post-season tournament begins on Tuesday.