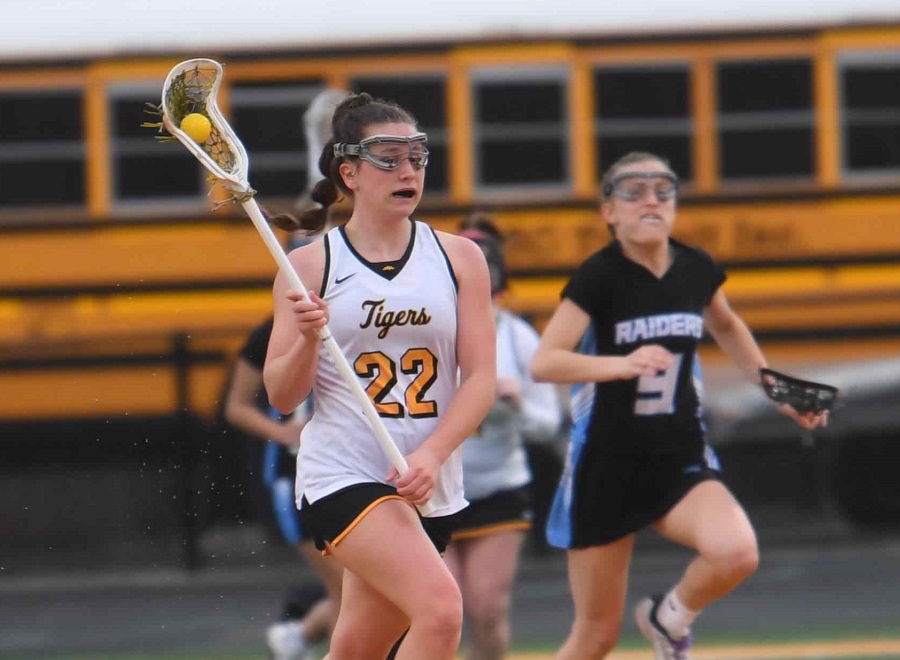 In a battle between two playoff-bound rivals on a rainy night in Wexford, the North Allegheny girls’ lacrosse team earned an important 16-9 win over Seneca Valley in a Section 2-AAA contest on Friday. The Tigers have won nine of their last 10 games entering the final week of the regular season.

Senior Allison Lyon opened the scoring 1:06 into the contest for an immediate 1-0 lead. Fellow senior Bella Falo took over with four consecutive goals to give the Tigers a 5-0 advantage less than 10 minutes into the game. Even though Seneca Valley cut the score to 6-3 by halftime, North Allegheny stormed out of the gates again to start the second half with five straight goals for an 11-3 lead and the rout as on.

Falo led the charge with a game-high seven goals and was named the Wright Automotive Player of the Game. Sophomore Isla Abrams turned in a fantastic performance with a hat trick, two assists, five draw controls and went 13 for 21 on faceoffs. Junior Mila Prusak tallied a pair of goals, while Lyon had a strong outing with a goal and two assists. Junior Leigh Failla added a goal with a nice supporting of four groundballs and three draw controls. Senior Emma Lafayette and sophomore Ava Lindsay also scored goals in the victory.

North Allegheny improves to 9-3 overall and 7-2 in Section 2-AAA, while Seneca Valley falls to 5-4 in the section. The Tigers will have a quick turnaround for an afternoon non-section game against Guerin Catholic (IN) at Newman Stadium at 3:00 p.m.