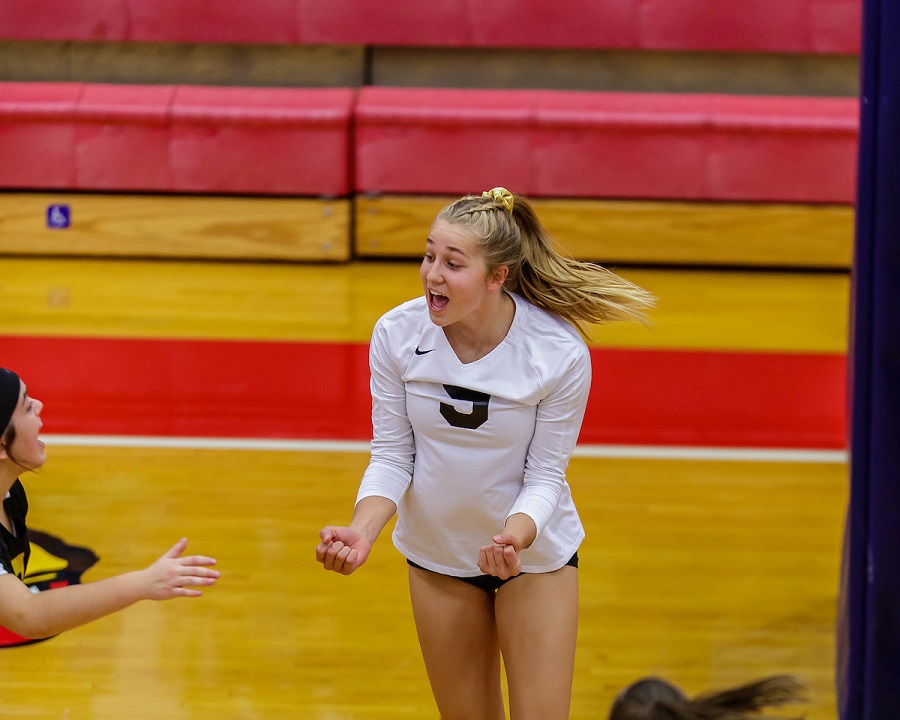 The North Allegheny girls’ volleyball team earned its third victory in as many days with a 3-0 sweep at Seneca Valley on Thursday night. The Tigers claimed the win by set scores of 25-14, 26-24 and 25-20.

Sophomore Mia Tuman continued her excellent start to the season with a team-high 11 kills. Adding to the offensive success was junior Jadyn Perkins with eight kills, followed by senior Paige Miller with seven kills. Ella Deeter and Rachel Burton chipped in with five and four kills, respectively.

Burton and senior Paige Morningstar clogged the middle with three blocks apiece, while Tuman and Caroline Curran tallied seven digs each on defense. Sophomore Rebecca Pilotta kept the Raiders on their heels with a team-best four aces, followed by Tuman with three.

North Allegheny improves to 3-0 on the season and will continue its busy week with a Saturday visit to North Hills.