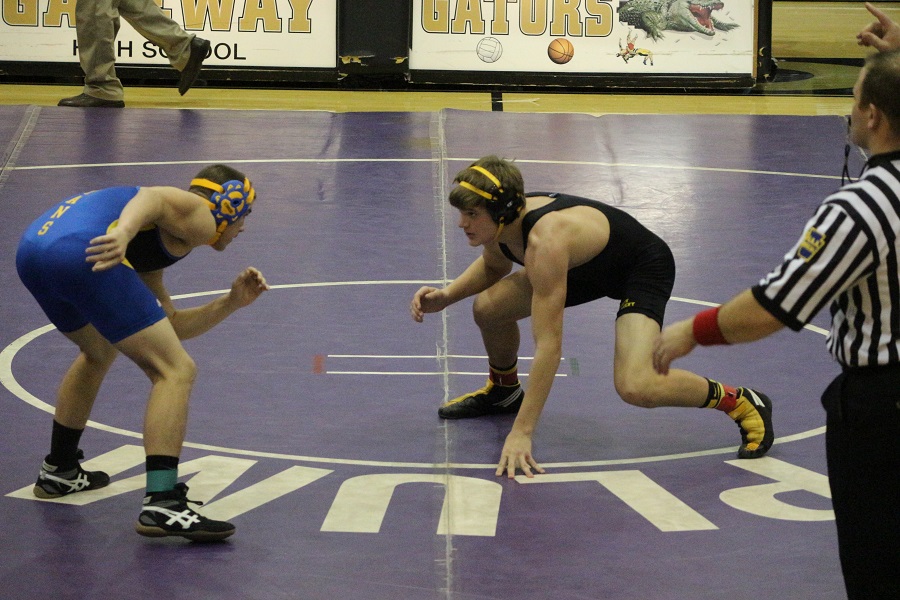 Tigers Seize Control Of Subsection With Win At Butler

The North Allegheny Wrestling Team seized a strangle hold of Section 3-A on Friday night with a convincing 46-16 win over the Butler Golden Tornado. To earn the road victory, the Tigers used pins from Harley Hartle (113), Dom Forys (126), and Zach Smith (195) to pull away from Butler. Jake Woodley earned a 10-2 major decision over Zachery Raible at 160 pounds as part of NA’s winning effort.

The Tigers host Mars on Wednesday in a match-up that will be broadcast live via the internet on the North Allegheny Sports Network.