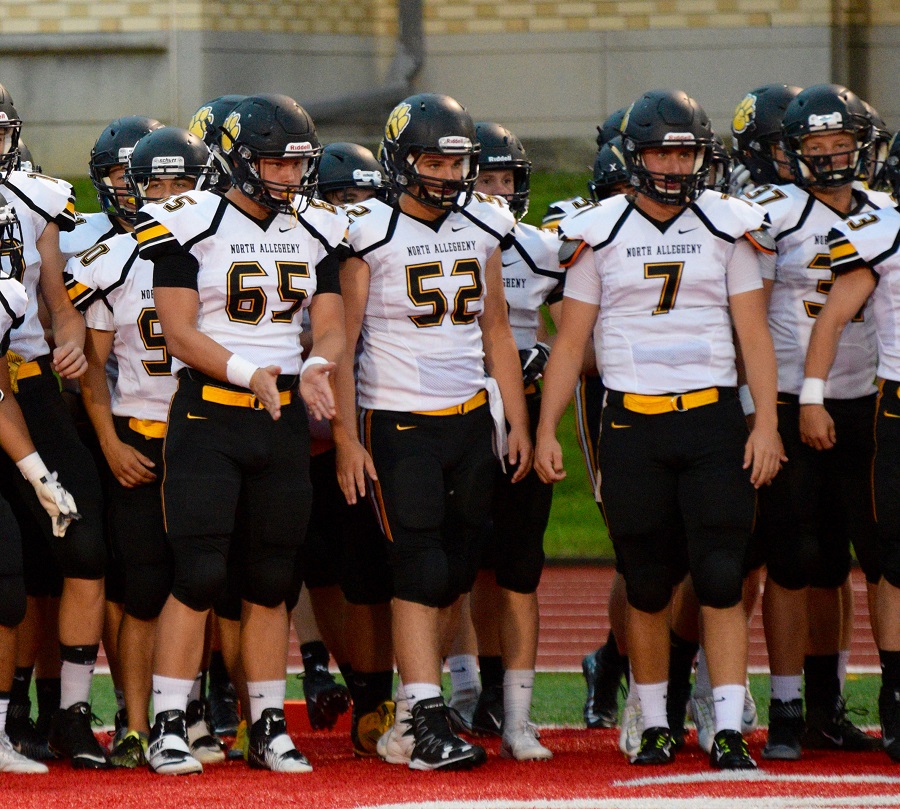 Following a tough loss last week to Central Catholic in the conference opener, North Allegheny (1-2) looks to rebound tonight with a road contest against the Shaler Titans (0-3).

Due to injury, the Tigers played with a short-handed starting lineup in last week’s loss to the top-ranked Vikings and NA will likely be without several starters at Shaler. Starting quarterback Ethan Maenza was injured in NA’s week one win over Bethel Park and his status for tonight is uncertain. Maenza has completed 13 of 25 passes this season for 211 yards and three touchdowns. On the ground, Maenza has rushed for 174 yards and two touchdowns.  Regardless of Maenza’s status for tonight, look for the Tigers to get the ball in the hands of senior running back Mike Pope who rushed for 126 yards and a touchdown last week at Central Catholic. The quick-footed Pope can bust off a big play at any time, made evident by his 60-yard sprint to paydirt last Friday.

Led by head coach Jon LeDonne, the Shaler Titans posted a 2-8 record last season and ended a 34-game losing streak in the process. LeDonne’s Titans are hoping to continue the uphill climb in 2016 but have been outscored 112-14 in three losses so far this season. Shaler returns three starters on the offensive line, sophomore Jeffrey Bonnette, senior Christian Henning and senior Josh Wickert. Senior tight end Austin Sites is perhaps one of Shaler’s most talented players on the line who has also had a strong season thus far at defensive end.  The Titans are coming off a 36-0 loss to Norwin last week in a non-conference affair.

Tonight’s game will be played at an alternative field at Shaler High School with kickoff set for 7:30 p.m. The game is slated for broadcast on the North Allegheny Sports Network, pending Shaler’s facilities, with the pregame show getting underway at 7:10 p.m.