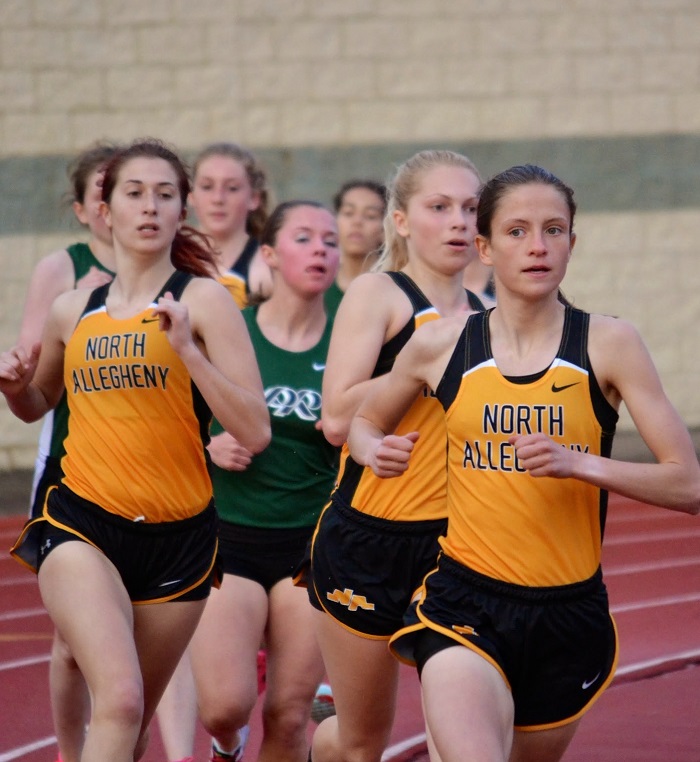 On Wednesday, the North Allegheny Track & Field teams traveled to Altoona for their season opener to the 2015 season.

Matched against a powerhouse squad, the boys’ team fell short and was defeated by the Mountain Lions, 94-56.  On the track freshman Ayden Owens placed in both hurdle races by finishing second in the 110 Highs and winning the grueling 300 Intermediate race.  The distance crew was led by junior Jake Stupak winning the 1600m and senior Matt McGoey winning the 3200m.  On the field, juniors Andrew Manz and Jared Zieglar both earned first place honors in the javelin and pole vault, respectively.

The Tigers will be back in action on Friday as they host Erie Cathedral Prep and Villa Maria.  Meet starting time is 4pm.