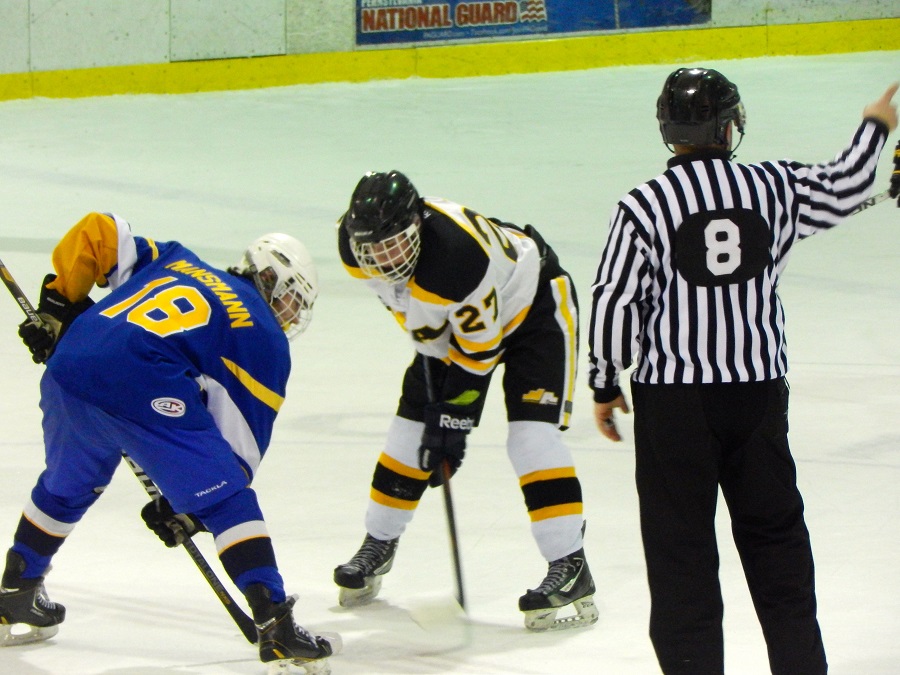 The North Allegheny ice hockey team has lost only two games this season and the Tigers atoned for one of the losses Monday night with a 4-1 win over the Canon-McMillan Big Macs at the BladeRunners in Warrendale. Earlier in the season on October 31, the Tigers dropped a 3-2 decision to the Big Macs at the Iceoplex.

In the rematch, North Allegheny frustrated Canon-McMillan with its stingy defense, allowing only 19 shots on net.  The Tigers scored first in the game with a first period goal by Dawson Richard, assisted by Tyler Wilson.   The goal came with just 56 seconds remaining in the period.

North Allegheny’s lead swelled to 2-0 when Paul Gonchar scored with 4:17 to go in the second period. The Tigers seemed poised to add on to the lead with a power play opportunity with about one minute left in the second.  However, Canon-McMillan inched back into the game with a short-handed goal by Luc Lavella with 32 second remaining in the period.

The Tigers regained their two-goal lead in the third period thanks to a tally by Dominick Zangaro at the 5:44 mark of the period. Zangaro put the game away late in the period with an empty net goal that sent North Allegheny on to a 4-1 triumph.

In net, Joseph Hubert stopped 18 of 19 shots faced to earn the win for North Allegheny.  Conor Harnett made 19 saves on 22 shots faced for Canon-McMillan.

The Tigers improve to 10-2-2 with the victory and sit in second place in Class AAA with 22 points, three points behind first place Peters Township. Canon-McMillan falls to 7-6-1 on the year and is in the middle of the pack in Class AAA. North Allegheny visits State College on Thursday night at 6:30 pm.