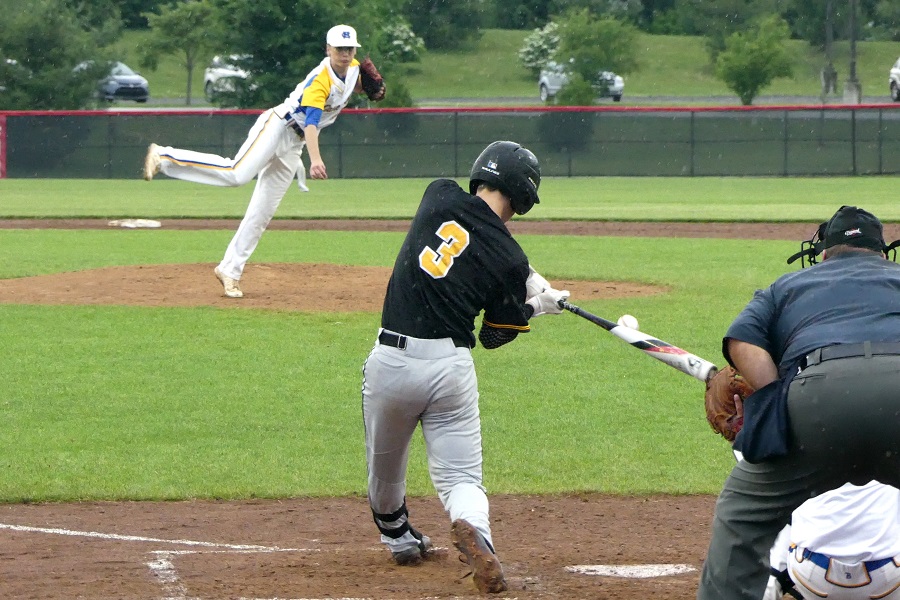 North Allegheny scored four runs in the top of the seventh to stun the second-seeded Canon-McMillan Big Macs on Wednesday night, 5-3, in the WPIAL Class 6A semifinals. Canon-McMillan built a 3-1 lead by the third inning and seemed poised to advance to the WPIAL championship game before the Tigers spoiled those plans with a four-run rally to instead punch their ticket to Wild Things Park for the first time since 2013. Junior Luke Trueman went 4 for 5 for the Tigers and drove in the go-ahead run in the decisive seventh.

Canon-McMillan seized a 1-0 lead in the second inning thanks to an RBI single by sophomore Cam Walker. The Tigers tied the game briefly in the third inning when Alex Mesaros scored on a Cam Weston wild pitch to even the score at 1-1. The Big Macs regained the advantage quickly in the bottom of the third thanks to an RBI bunt single by Brandon Rea and fielder’s choice RBI by Greydon Piechnick.

North Allegheny starting pitcher Danny Caropresi (4-1) shutout the Big Macs for the next three innings to keep the Tigers within striking distance and ultimately earned the win thanks to the lineup’s late comeback. Caropresi scattered 10 hits in six innings and struck out one batter.

Weston, who started for the Big Macs, limited the Tigers to one run in his five innings on the bump and struck out nine. He left with the lead and turned the game over to Brandon Kline who tossed a scoreless sixth inning before running into trouble in the seventh.

Senior Bobby Brown led off the inning with a walk and was substituted for by courtesy runner Brett Loughner. Colin Cain followed with a walk to move Loughner to second. An out later, Loughner advanced to third on a wild pitch and scored when Jack Lehew’s ground ball was misplayed by the Big Macs infield to cut the score to 3-2, Canon-McMillan. Reliever Nick Drake entered the game for CM and promptly uncorked a wild pitch that allowed Cain to score and the game was tied at 3-3. Caiden Wood singled to put runners at the corners and was replaced by pinch runner Blake Pillage. Continuing his wildness, Drake hit Ben Surman with a pitch to load the bases with one out. Trueman singled to bring home Lehew and the Tigers were on top, 4-3. Not done yet, the Tigers added one more run on a sacrifice fly RBI by Justin Hamm to bring Pillage home for a 5-3 North Allegheny advantage.

Wood reentered the game to pitch in the bottom of the seventh and tossed a scoreless frame for his third save of the season. Drake took the loss for Canon-McMillan.