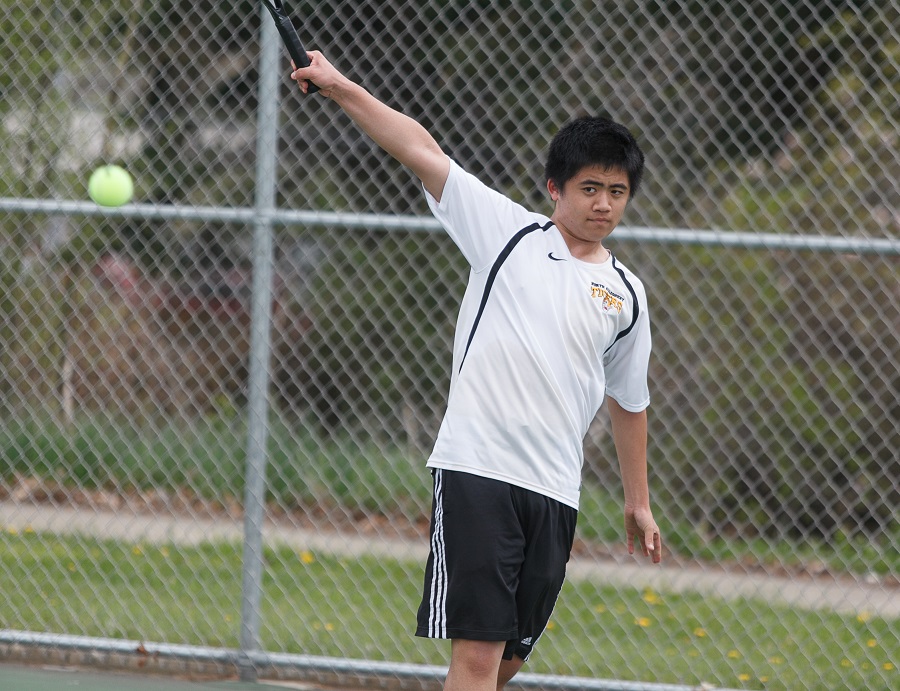 Tigers Suffer First Loss of the Season, 3-2, on the Road at Mars

Playing with a revamped lineup due to the illness of one of its starters, the Tigers tangled with the Mars planets Wednesday afternoon and fell for the first time in 2015 in a critical Section 2 match.

The long afternoon began with junior Andrew Xu sweeping his opponent at number three singles.  Mars evened the match with a win at 2nd singles.  The Tigers then fell behind after a loss at number one doubles.  At that point, junior Jared Isaacs was engaged in a heated re-match with Section 2 champion Josh Raymundo which fell in Mars favor for the 3-2 win.  Rounding out play for the Tigers were senior Eric Huang and freshman Andrew Chuirazzi at number two doubles, taking a hard fought, three set win.  The Tigers’ record falls to 6-1 on the season with a corresponding 4-1 section mark.