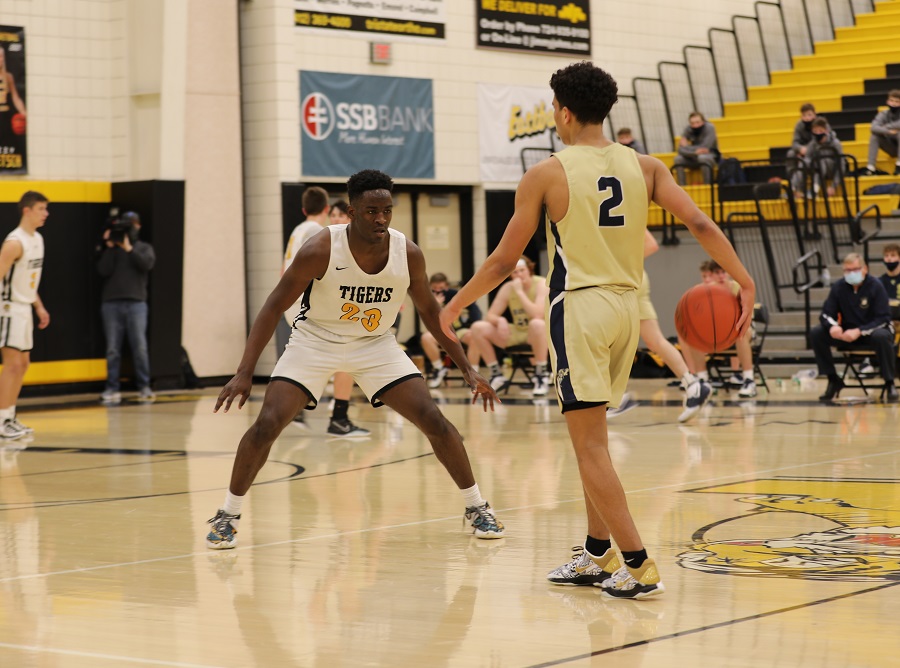 North Allegheny got the lead up to 18 points in the third quarter but survived a late rally by the Butler Golden Tornado and won the game 81-74 in a Section 1-6A game, Wednesday night at the North Allegheny Gymnasium.

Butler came out of the gates unconscious from behind the arc shooting 7 of 10 from 3-point land and score 26 points in the opening quarter. Robby Jones helped North Allegheny keep pace scoring nine of his 14 points in the first quarter hitting three 3-pointers himself but Butler led 26-22 after a quarter of play. In the second quarter the script completely flipped, Butler couldn’t buy a bucket. North Allegheny’s offense would stay consistent as they would outscored the Golden Tornado 19-4 in the period and extended their lead to 43-30 at the half.

The Tigers would get their lead all the up to 18 points in the third quarter but Butler began to make their push. They were able to cut the deficit to single digits, 63-54, heading into the fourth quarter. The Golden Tornado would trail 75-70 with about a minute to go when junior Devin Carney was fouled and completed a four point play to cut the lead to one. Butler senior Mattix Clement would then get a steal but miss the layup the other way and Matt McDonough made both free throws to make it a 77-74 lead. The Golden Tornado would have a chance to tie the game with 20 seconds left but a Carney game-tying 3-point attempt was short. Greg Habib got the rebound and made his free throws and the Tigers would exhale and pull away for a 81-74 win.

McDonough was the Wright Automotive Player of the Game with 22 points, 17 of them coming in the second half. Habib had 20 points and Khalil Dinkins added 13 points. Carney finished with 41 points for Butler.