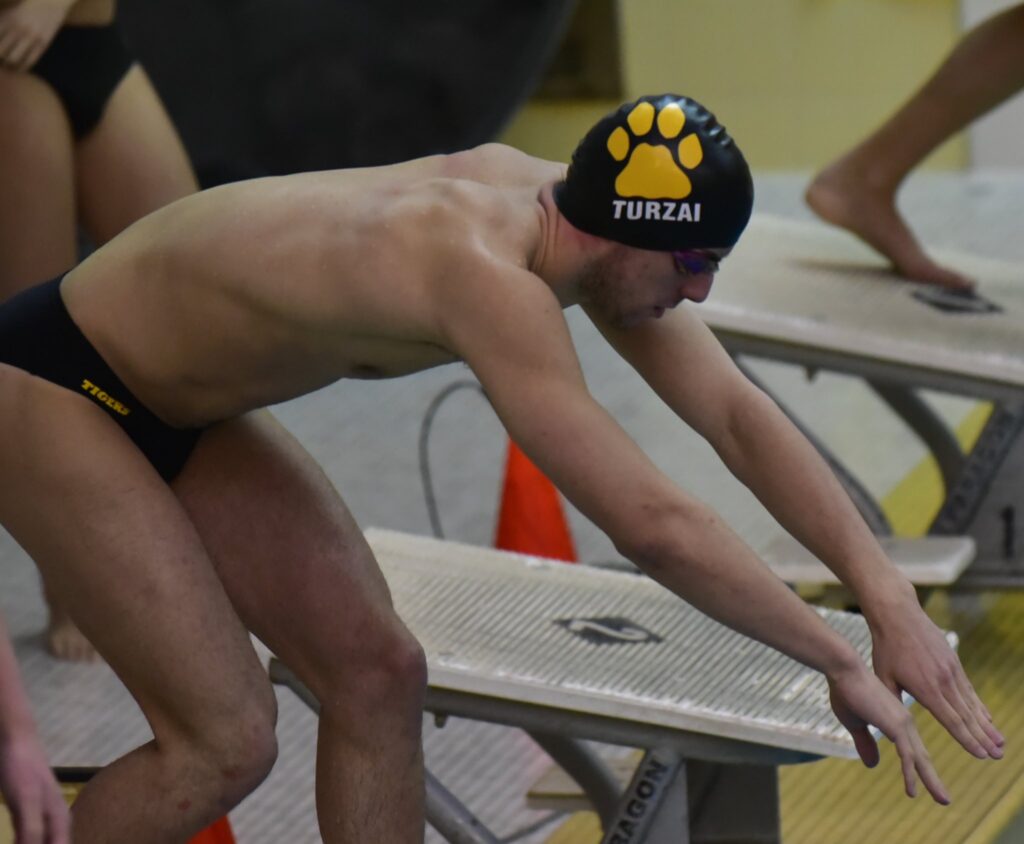 The final dual meet of the season went swimmingly for North Allegheny as the divers and both the girls and boys swim teams took care of business against North Hills. The Lady Tigers (8-0/6-0) clinched the section championship with a 108-72 victory, while the boys (6-2/5-1) defeated the Indians by a score of 101-53.

Much like the diving script for the season senior Maya Ennis and sophomore Will Schenk were dominant on the boards. For the second time in three meets, Ennis posted a score of 295.55, tying her personal best and once again just 7.8 points off the school and pool record owned by Christina Shi. Schenk was victorious again, posting a score of 249.70 and securing first place in every diving event this season. Senior Lucas Rodgers was the only other member of the 200-club, finishing behind his teammate with a score of 215.15.

One final piece of regular season business remains, as the Last-Ditch Invitational will take place at North Allegheny on Saturday February 20th. All qualifying times must be registered before the cutoff on that day.

Congratulations go out to Maya Ennis and Zach Jubeck who were named the Wright Automotive Players of the Meet for the second time this season. Ennis, won the diving honors by tying her personal best score and Jubeck’s comeback in the 100-free and his team win in the 200-free relay earned the award for the boys. George Washington bound senior Molly Smyers was named the Wright Lady Tiger swimmer of the meet. Her time of (24.86) in the 50-free was her best seed time of the season. Her team also posted the best time in the 200-yard Medley Relay, but they were eventually disqualified.

Next up for all the swimming and diving athletes are the WPIAL Championships. Shi will get a chance to defend her diving gold at her home pool on Saturday February 26th. The Lady Tigers will chase their record 13th consecutive 3A title and the boys will go for their 8th in nine seasons when they compete at Upper St. Clair High School on Sunday March 7.