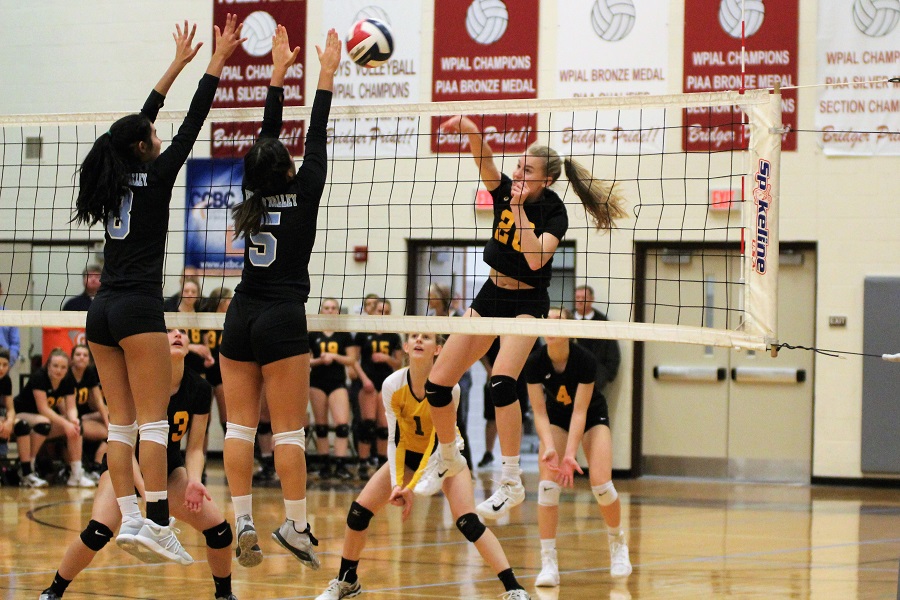 Slow starts have been a theme for North Allegheny throughout the playoffs, and that was the case through the first part of the first set. The Tigers didn’t own a lead until 11-10, and once they got it, they would not relinquish it. Senior Kayla Dinkins highlighted the offense in the first set with six kills, including one to end the set at 25-22.

All season long, the Tigers have relied on different players to step up. That was the case in the second set. Junior Avery Tuman was unstoppable in all three sets, but was the leader with six kills in the second set. North Allegheny took the lead for good at 10-9 in the set, Tuman finished the set off with a kill to give the Tigers a 2-0 lead.

North Allegheny never trailed in the third set on its way to a 25-18 win. It was the second sweep of the season against Seneca Valley and nineteenth of the seson.

Tuman led the Tigers with 14 kills. Dinkins was also in double figures with 10 and freshman Paige Miller contributed with nine kills.

With the win, North Allegheny improves to 22-0, while Seneca Valley’s season ends at 14-8. The Tigers advance to the PIAA semifinals on Tuesday against the winner of Armstrong/Garnet Valley at a site and time to be determined. The game can be heard on the North Allegheny Sports Network.