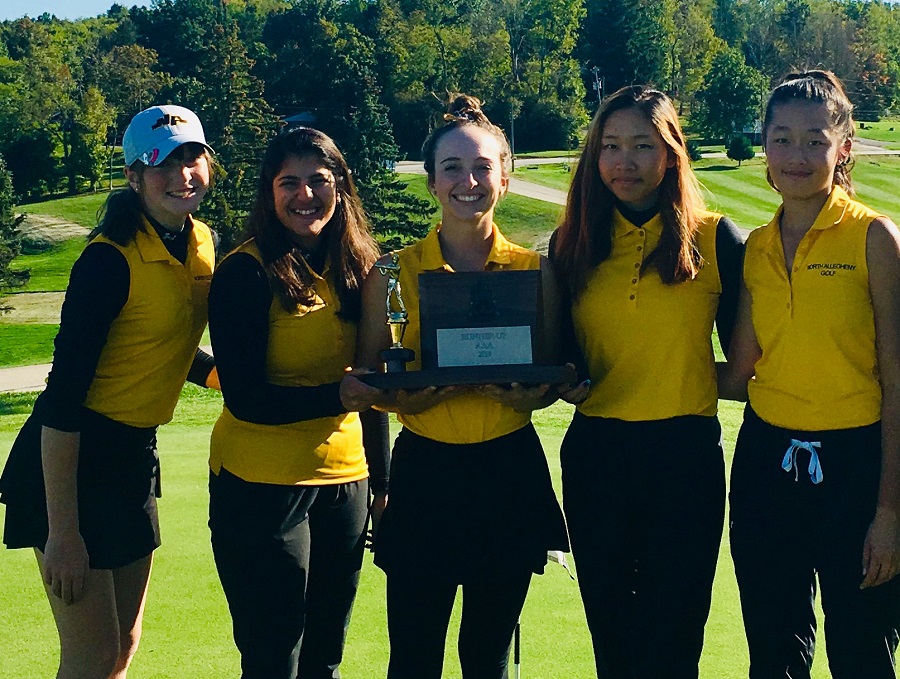 The North Allegheny girls’ golf took second place at the WPIAL team championship on Thursday at Cedarbrook Golf Club. The Tigers were narrowly edged by Upper St. Clair by four strokes as the Panthers prevented NA from winning a fifth straight WPIAL title. Upper St. Clair totaled a low score of 340, followed by NA’s 344. Peters Township came in third with a score of 354 and Fox Chapel claimed fourth place with a score of 356.

Senior Bella Walter was the clubhouse leader, posting the lowest score of any golfer on the day with a 74. Senior Esha Vaidya carded an 87, followed by sophomore Sissi Hai, who shot an 89. Senior Christina Zhou tallied a 94 and freshman Kate Rose Rankin participated with a 98.