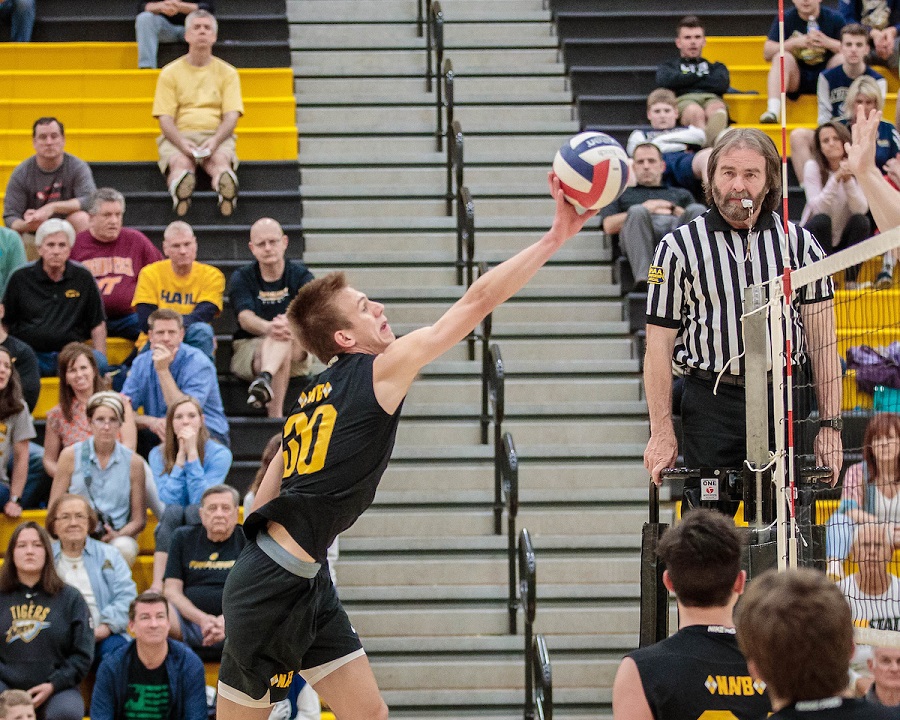 The Tigers stormed out to a 5-0 lead in the first set before the Bridgers scored five straight to tie the game. It would remain close until NA ripped eight straight points to put the set out of reach. An Alex Zubrow tip ended the first frame 25-14.  Senior Drew Hunker earned four kills in the set.

Ambridge kept things close in the final set, but ultimately strong play from senior Grant Jones would prove too much for the Bridgers with three kills and two aces in the frame.  Hunker added an additional four kills, an ace and a block. Sophomore Timmy Ditka closed the match out with a block, tip and kill near the end of play.  The Tigers won the set 25-20.

Hunker earned Wright Automotive Player of the Game honors with his 11 kills, ace and block in the contest.

With the win, North Allegheny improved to 16-0 for the regular season, including a 12-0 section record. The Tigers will be a one-seed in the upcoming WPIAL Playoffs.

Ambridge falls to 11-3 on the season, and will easily make the playoffs in AA play.

The WPIAL Boys Volleyball Playoff brackets will be released Monday, May 13.