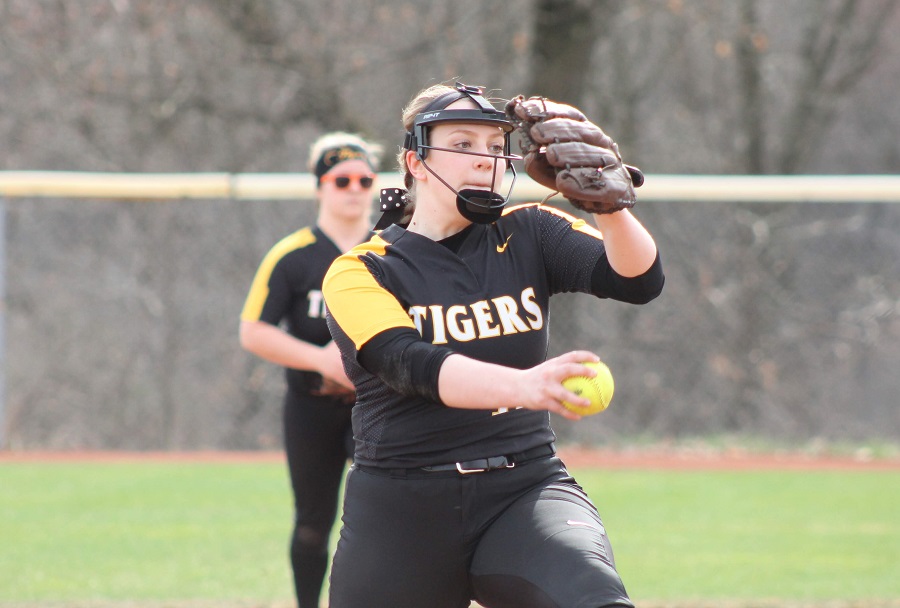 Senior Ashley Adams tossed a complete game and drove in two runs on offense to help North Allegheny capture a 6-2 victory over Seneca Valley on Thursday afternoon. In the pitcher’s circle, Adams scattered five hits and allowed only two unearned runs with four strikeouts to earn the victory. At the plate, Adams went 2 for 3 with two RBI’s en route to Wright Automotive Player of the Game honors.

In the home opener, the Tigers wasted little time reacclimating themselves to their friendly confines. In the bottom of the first inning, senior Rachel Martindale belted a solo home run to give NA an instant 1-0 lead. Two outs later, senior Kristen Chomos doubled and sophomore Chloe Szczepaniak was hit by a pitch to put two aboard for Adams. Facing Seneca Valley pitcher Claire Zimmerman, Adams smacked a two-run double off the Slippery Rock commit to improve the NA lead to 3-0. Freshman Alaina Whipkey followed with a bloop RBI single to make the score 4-0, Tigers.

Seneca Valley answered back in the top of the second inning with a pair of unearned runs. A sacrifice fly by Madison Hans and an RBI single by Zimmerman trimmed the North Allegheny advantage to 4-2.

The Tigers maintained their two-run lead before adding insurance runs in the fifth and sixth innings. Chomos plated one run in the fifth with a sacrifice fly and senior Brooke Serbin drove in another in the sixth inning with an RBI single to bring the score to its eventual final, 6-2.