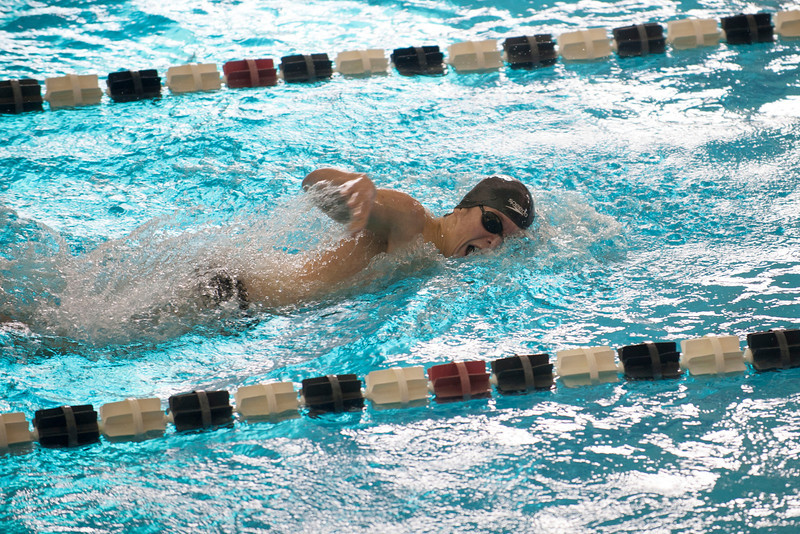 North Allegheny’s Swimming teams traveled to Wilkes-Barre, Pennsylvania to participate in the six team All-American Team Invitational held on January 17 & 18.  It proved to be a successful trip for the Tigers as they took both the Girls and Boys team titles, and the overall combined team trophy.  Along the way, the Tigers continued to get many strong performances from their lineup.

Once again, the Tigers Girls and Boys won all relay events over the course of the two day meet, and set additional pool records in seven events, including two relays.

The Tiger Girls also broke both the 200 and 400 Freestyle Relay records at the meet.  It was the quartet of Soulia, Senior Jade Song, Freshman Lauren McGrath, and Du winning the 200 in a time of 1:38.02 while Du, McGrath, Junior Charlie Brickner, and Song re-wrote the standard in the 400 relay at 3:34.89.

For the Tiger Boys, Senior co-Captain Zachary Buerger shattered the pool’s 100 Yard Butterfly record, swimming to a time of 50.03 seconds.  Buerger, who went on to be named Outstanding Male Swimmer of the Meet, also won the Boys 500 Yard Freestyle with a swim of 4:41.46 followed closely by Senior co-Captain Sam Rutan in second and Freshman Eben Krigger in fourth place.  Rutan also finished in second place of the Boys 200 Yard Freestyle event on Friday evening.

Other standout performances over the weekend included McGrath finishing second in the Girls 200 Yard Freestyle and the NA Girls sweeping the 100 Yard Butterfly event with Junior Kayla Churman posting a winning time of 58.74 seconds followed by Kuhn in second and Junior teammate Maggie Root in third place.  The Tigers also swept the Girls 500 Yard Freestyle with Song setting the pace in 5:12.89 followed by Sophomore Gianna Caputo in second and Brickner in third.

This Thursday, the Tigers return to WPIAL AAA Section 2 action when they host Pine-Richland at 6:00 PM at the NASH Pool.