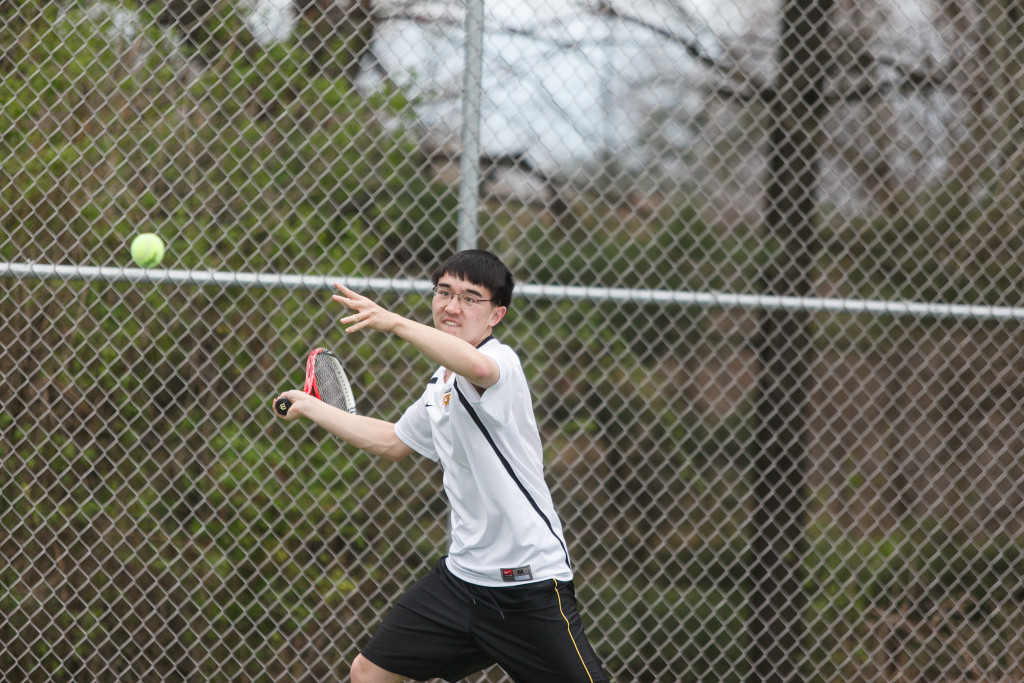 On a picture perfect Monday afternoon on the NASH courts, the Tigers Tennis squad used their home court advantage to advance two teams to the semi-finals of the Section 2 Doubles Tournament.  Junior Jared Isaacs and freshman Richard Hofmann, the overall number two seeds, defeated teams from Hampton and Mars to advance to the third round.  Meanwhile, the duo of senior Eric Huang and junior Andrew Xu, the 5th seeds, swept past teams from Seneca Valley and Hampton to reach the semi-finals.  Both teams will continue play in the semi-finals Tuesday afternoon at the NASH courts starting at 2 PM.