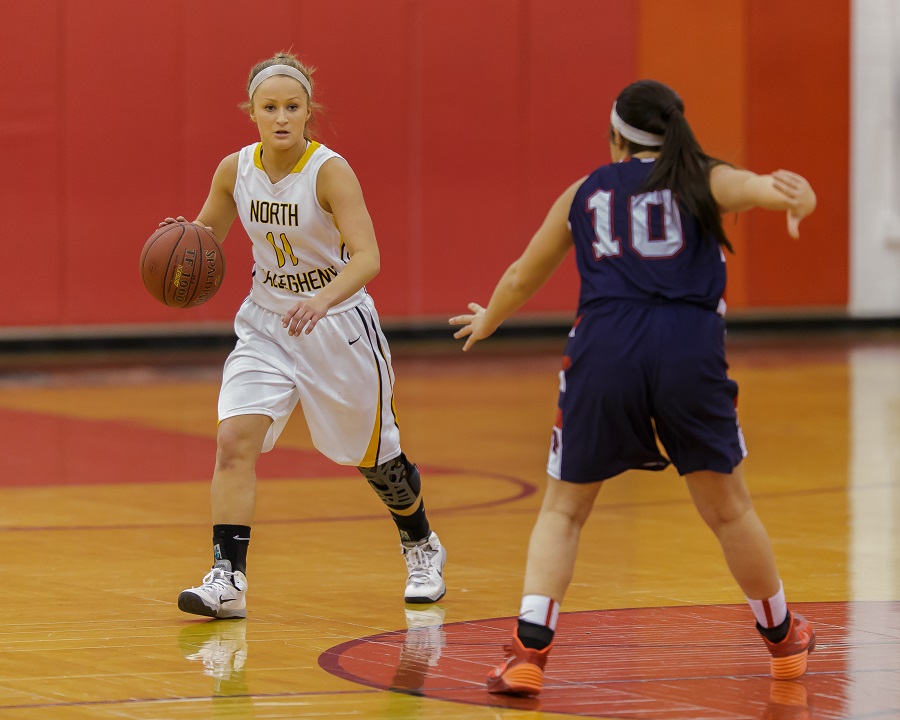 North Allegheny led by as much as 16 points and dictated the play in the first half, owning a 31-16 lead at intermission.  However, the Titans, who were limited to just 22 percent shooting in the first half, inched back into the game thanks in large part to forward Andi Lydon.  The 6-2 junior was helped to the locker room in the first half with an apparent ankle injury, but returned to the floor to provide Shaler with an emotional lift and a double-double. Lydon totaled 11 points and 17 rebounds and helped Shaler pull to within 45-40 with 1:30 to play.

The Tigers opened the door for the Titans comeback bid by converting only 11 of 21 free-throw attempts in the second half. While her teammates may have felt some playoff jitters, senior Taylor Brennan connected on 11 of 15 from the charity stripe to help North Allegheny hold off Shaler in the final quarter for the eight point victory.  Brennan was named the Wright Automotive Player of the Game.

In addition to Brennan’s 14 point performance, Taylor Lake and Abby Gonzales netted 11 points apiece for the Tigers.  For Shaler, University of Maryland-Baltimore County recruit C.J. Harris joined Lydon with 11 points on the night.

Shaler sits with a mark of 16-7 on the season following the loss.  If the Tigers can win the WPIAL title, it would pull Shaler into the PIAA playoffs as the fifth place team out of District 7. North Allegheny improves to 22-1 on the campaign and will face the Hempfield Spartans on Tuesday night in the WPIAL semifinals at a site and time to be determined.  The game will be broadcast live via the internet on the North Allegheny Sports Network.

For a photo gallery of the NA vs. Shaler game courtesy of J.J. LaBella, click here.