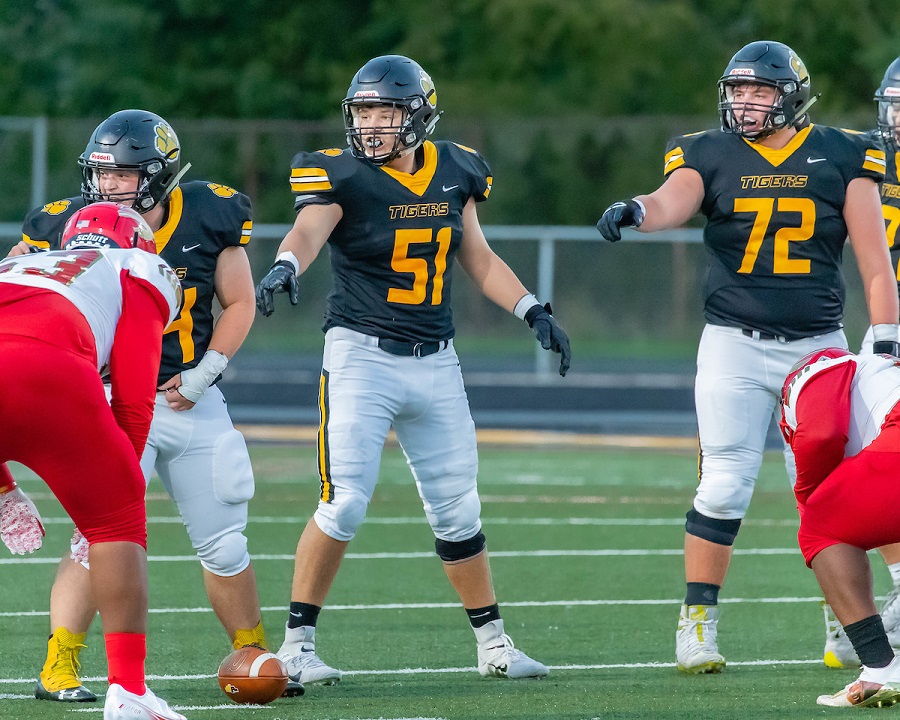 Sitting alone atop the Class 6A standings, the North Allegheny Tigers (4-0) will play host to the Canon-McMillan Big Macs (2-2) tonight at Newman Stadium. The Tigers are coming off a 49-13 blowout win at Norwin last week. Senior Khalil Dinkins spearheaded the NA effort with 145 total yards and four touchdowns, with two receiving touchdowns and two more scores on the ground. The Tigers controlled the line of scrimmage and outrushed the Knights, 318-44.

Meanwhile, Canon-McMillan saw a two-game winning streak snapped last week by Seneca Valley during a 31-17 defeat at the hands of the Raiders. In the contest, the Big Macs committed six turnovers and went 0 for 4 on fourth downs. The lone bright spot for CM was quarterback Deuce Lyons, who passed for 138 yards and a touchdown, to go along with one rushing score.

Lyons is in his first full season as CM’s starting quarterback and has passed for 334 yards, three touchdowns and four interceptions. The junior signal caller spent most of 2019 as a wide receiver before starting the final two games of the season at quarterback.

The top offensive threat for the Big Macs is junior tailback Ryan Angott, who has toted the football for 503 yards and five touchdowns so far this season. Last season, Angott earned second-team All-Big 56 Conference honors with 896 rushing yards.

Canon-McMillan boasts an experienced squad that returns four starters on the offensive line and nine starters on defense. The Big Macs also have a solid special teams unit, led by junior return man Chris Davis. In week two, Davis returned a kickoff for a touchdown that sparked a 24-17 come-from-behind victory over Mt. Lebanon.

Prior to 2018, North Allegheny and Canon-McMillan had rarely met with the lone clash this century coming in the 2002 WPIAL Class AAAA first round, which resulted in a 41-6 victory for the Tigers. Now members of the same conference, NA and CM have played each other three times in the last two seasons. All have been blowout victories for the Tigers, including a 48-7 triumph over the Big Macs in the WPIAL Class 6A quarterfinals last season.

Tonight’s matchup at Newman Stadium is slated to kickoff at 7:30 p.m. The game can be viewed live on the North Allegheny Sports Network, with the pregame show getting underway at 7:05 p.m. The pregame show includes an interview with Tigers head coach Art Walker. To watch tonight’s game and broadcast, click here.