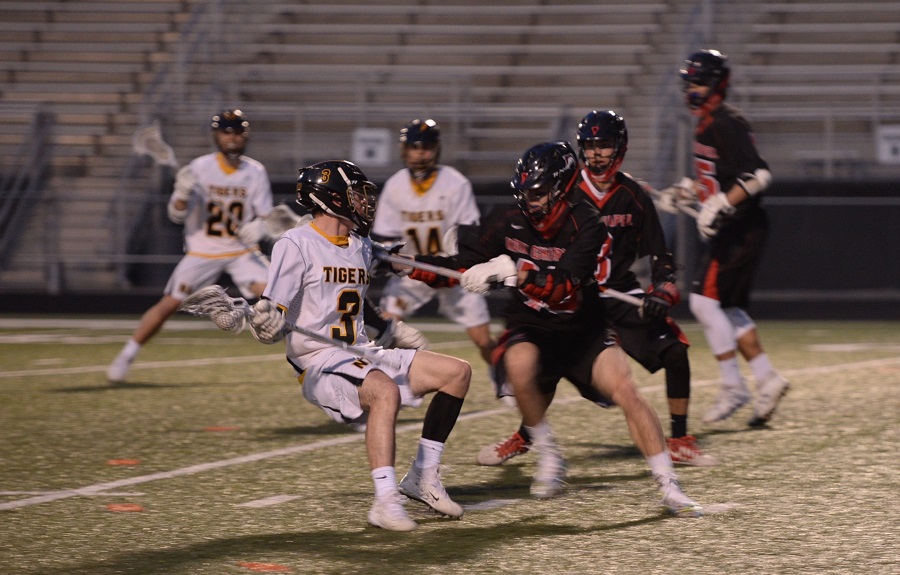 The victory moved the Tigers ahead of the Foxes in the Section 3-AAA standings and kept NA’s hopes alive for a share of the section crown. NA now needs Fox Chapel to knock off Shady Side Academy on Tuesday, which would create a three-way tie for first place.

Fox Chapel did jump ahead in the opening minute of Wednesday’s contest, but that proved to be the only time the Foxes held the lead.

With the score tied 2-2, NA rattled off four unanswered goals to open up a sizable lead just 2:31 into the second quarter. Junior Matt Osten spearheaded the run with two goals and eventually finished the night with a game-high four markers.

Fox Chapel fought back in the second and third quarters, tallying five of the next six to tie the score 7-7. Just when the Foxes seemed to have seized momentum, though, O’Barto flipped the script.

The long pole defender forced a turnover, picked up the ensuing ground ball and sprinted coast to coast before firing a shot past the Fox Chapel netminder with 55 seconds left in the third quarter. NA added another just 19 seconds later and then three more in the fourth quarter to salt away the victory.

For the individual effort on his goal, and for his defensive performance throughout the contest, O’Barto earned the honor of Wright Automotive Player of the Game.

NA is back in action on Friday when the Tigers travel to Bethel Park to take on the Black Hawks. Faceoff for that matchup is schedule for 7:30 p.m.