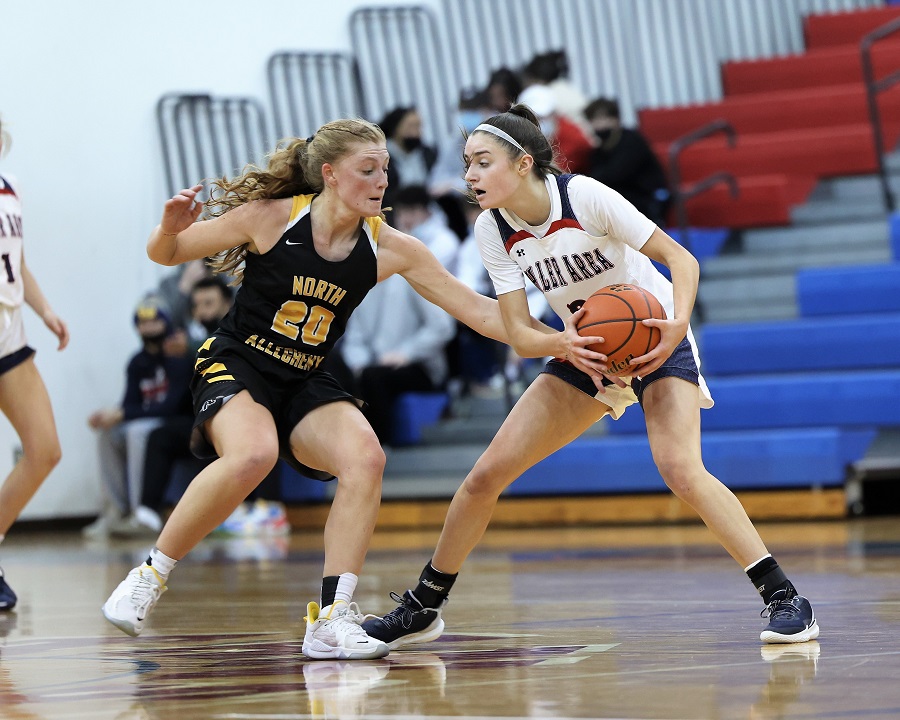 The North Allegheny girls’ basketball team earned a Section 1-6A road win on Monday night with a 52-48 triumph at Shaler.

The Tigers got off to a strong start against their section foe and held an 18-8 lead after one period of play. The host Titans rallied to make things closer in the second half thanks a 22-point performance from junior Hailey Kostorick. After going scoreless in the first period, Kostorick netted four 3-pointers in the remaining three period. Despite Kostorick’s best efforts, she and the Titans couldn’t overcome the reigning PIAA champions as the Tigers won their 19th in a row.

North Allegheny was sparked by senior sharpshooter Emma Fischer. The Seton Hill commit buried three 3-pointers in the first period and helped put away the Titans in the fourth with two more treys and 4-for-4 shooting from the free-throw line. Fischer finished with a team-high 21 points. Junior Jasmine Timmerson and sophomore Lydia Betz also touched double figures with 13 points apiece.

With the win, North Allegheny improves to 9-0 overall and 5-0 in Section 1-6A action. Shaler falls to 4-7 overall and 1-4 in the section. The Tigers will host Seneca Valley on Thursday night at 7:30 p.m. The game will be broadcast live on the North Allegheny Sports Network.