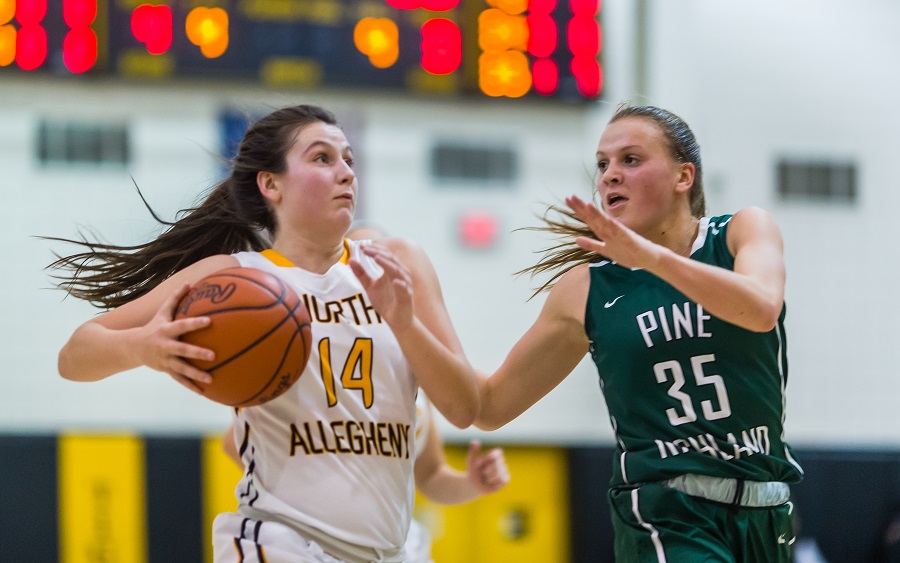 In an early-season section clash with the Shaler Titans, the top-ranked North Allegheny girls’ basketball team won its section opener by a 65-51 decision on Monday night. The Tigers stormed out of the gates and outscored the Titans 25-5 in the first quarter.

Senior Hailey Zeise led the Tigers with a season-high 26 points and eight rebounds. Sophomore Rachel Martindale added 15 points, connecting on 2 of 6 attempts from beyond the arc. NA outrebounded the Titans by a 33-20 margin and shot 45-percent from the field compared to Shaler’s 34-percent shooting.

Following NA’s first quarter outburst, the Tigers cruised to the road section win. Shaler was paced by Meghan Lacey’s 20 points and Rylee Donovan chipped in with 17 points in a losing effort.

North Allegheny maintains its unblemished record with a 10-0 mark overall and 1-0 record in Section 1-AAAAAA. Shaler slips to 7-2 overall and 0-1 in section play. The Tigers will take on second-ranked and undefeated Pine-Richland on Thursday night in another top contest in Class 6A. The game will be broadcast live via the internet on the North Allegheny Sports Network.