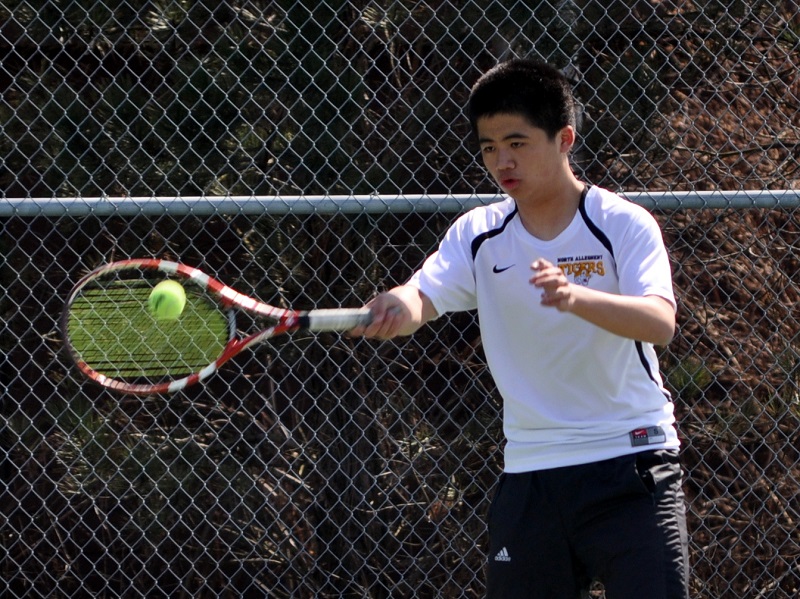 Tigers Tripped Up By Rams, 3-2

In a road match, the Tigers Tennis squad was tripped up for their first loss of the season by the Pine-Richland Rams, 3-2 Wednesday afternoon, as the Tigers were unable to come with a point in their singles matches.    The first doubles duo of senior Stephen Chuirazzi and junior Eric Huang defeated Jacob Jeanson and Cullen Young in straight sets.  Junior Michael Helkowski and sophomore Apoorv Anand were extended to three sets at second doubles but held on to beat Jack DiNucci and Jonah Krause.  Now 6-1 on the season and 5-1 in Section 2 play, the Tigers will meet their arch rivals, the North Hills Indians, Thursday afternoon at 2:30 at the Pure Athletex complex.