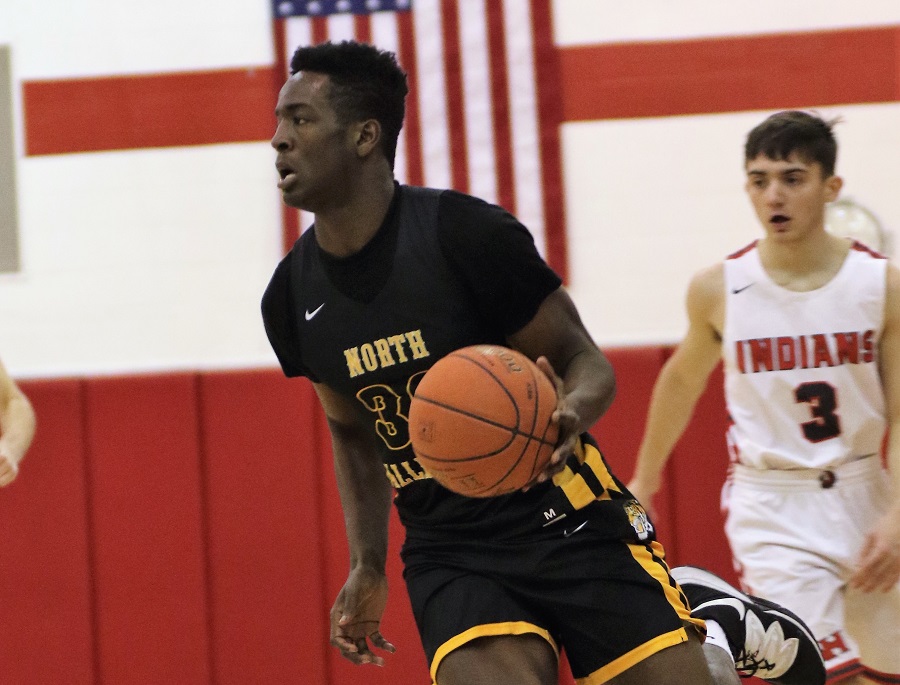 The ascent to the top of the Section 1-6A standings continued for the North Allegheny boys’ basketball team on Friday night with a convincing 85-62 triumph at Butler. With the win, another head-to-head losing streak went by the wayside against a section foe. The Tigers broke a nine-game losing skid to the Tornado, earning their first win at Butler since Dec. 22, 2015.

The North Allegheny defense stymied the reigning WPIAL champions in the first quarter and the Tigers jumped to a 14-4 lead through the first eight minutes of play. Butler’s standout junior guard, Devin Carney, heated up in the second quarter and ultimately finished with a game-high 28 points. Despite Carney’s efforts, Butler still trailed 39-29 at the half.

The second half belonged to the Tigers and NA pulled away for an 85-62 win. The balance of Matt McDonough’s perimeter shooting and Khalil Dinkins’ hard work in the paint proved to be Butler’s undoing. McDonough poured in 5-of-6 shots from beyond the arc on his way to a team-high 20 points. Dinkins muscled the Tornado for a double-double, posting 15 points and 10 rebounds. Senior forward Greg Habib slashed his way to the rim for 19 points on the evening.

For Butler, joining Carney in double figures was Mattix Clement with 18 points on 4-of-12 shooting from the outside.

North Allegheny improves to 5-2 overall and 4-0 in Section 1-6A. Butler falls to 3-3 overall and 0-3 in the section. The Tigers will host Albert Gallatin on Saturday night in a non-section contest.