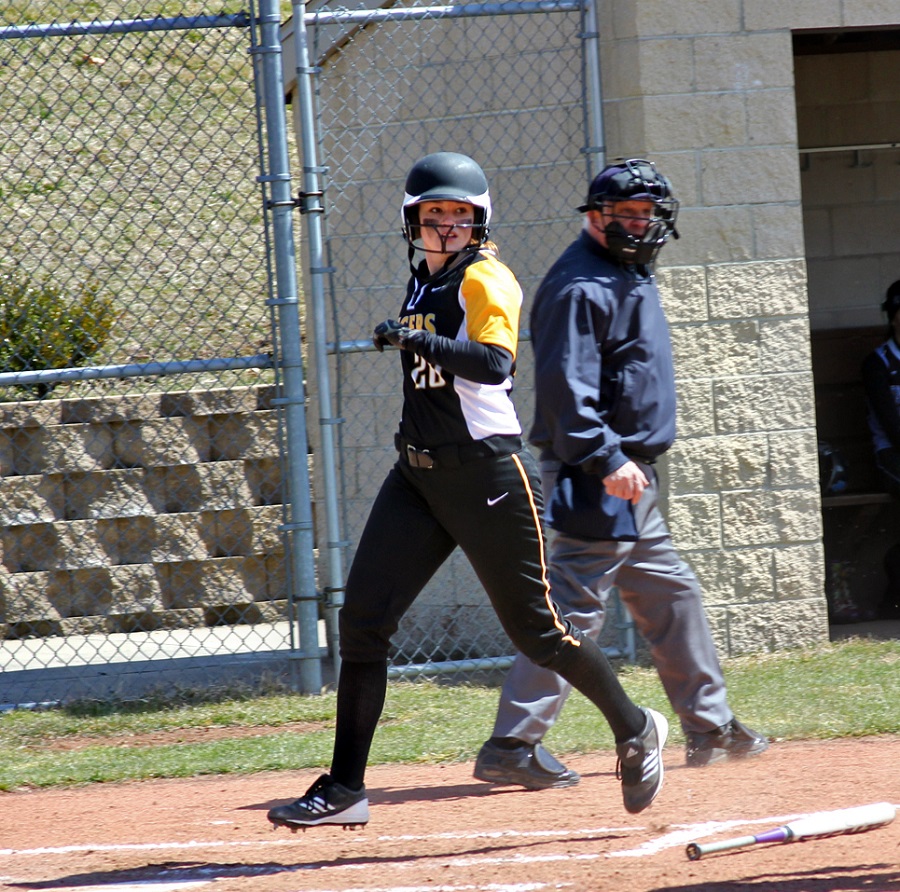 The North Allegheny Varsity Softball team took a 1-0 lead into the top of the seventh inning at NASH Field on Wednesday night, but could not come away with the victory as Shaler Area erupted for four unearned seventh inning runs to defeat the Tigers by a final 4-1 score.

The Tigers opened the scoring in the bottom of the third inning when junior first baseman Logann Woodley reached on an infield error. Junior left fielder Mackenzie Gostomski sacrificed Woodley to second, and was safe on a second Titan error.  Junior Olivia Schweiger ran for Woodley. Schweiger raced home with the Tigers’ only run on a single to left field by junior center fielder Laura Cotter. Although NA did take the lead, they squandered a golden opportunity when, still in inning number three, they loaded the bases with no one out but were unable to cash any further runs.

Sophomore pitcher Madi Beining was able to escape several Titan threats in an overall solid performance, but the Tigers opened the door for Shaler on a seventh inning error. Following a ground out, Shaler center fielder Haley Dengler singled home the tying run.  A double by catcher AJ Nicholson gave the Titans a 2-1 lead, and a two-run home run by pitcher Bri Dobson closed out the scoring.

With the loss, NA falls to 6-2 overall and 3-2 in Section 3AAAA play.  The team will host North Hills on Thursday night at NASH field with the first pitch scheduled for 7:00 PM.