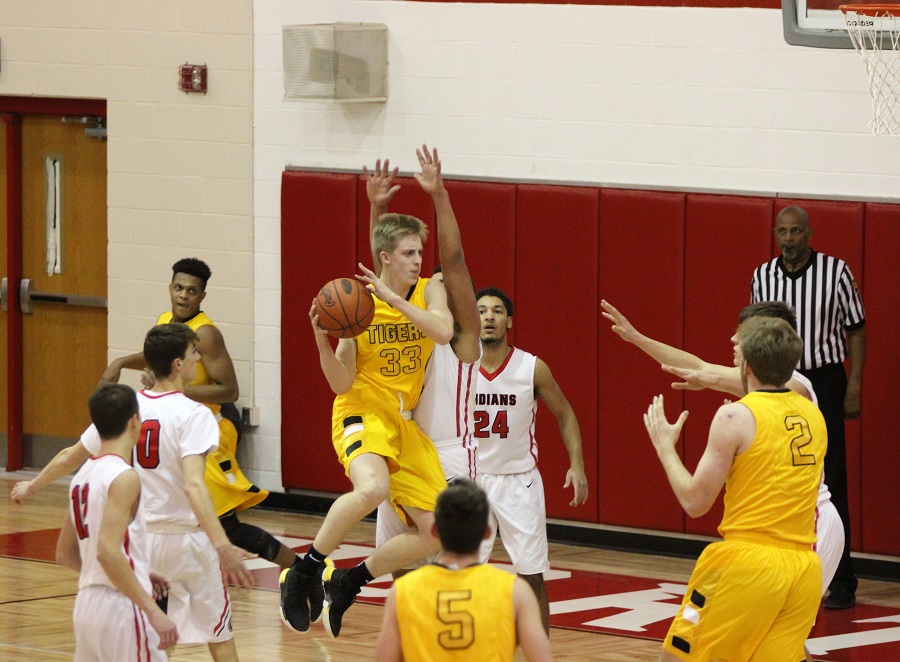 On the heels of a buzzer-beater win against Pine-Richland last week, the Butler Golden Tornado topped the North Allegheny Tigers on Tuesday night, 73-55. Sophomore Ethan Morton poured in the game-winning 3-pointer to beat the Rams last Friday and he followed that up with a 35-point, 14-rebound performance against the Tigers. The Golden Tornado secured a playoff berth with the win.

North Allegheny went toe-to-toe with the Golden Tornado in the first half and trailed only 34-28 at intermission. The Tigers were paced by senior Zach Johnson and sophomore Mike Iuzillino who netted 16 points apiece. Johnson and Iuzillino added seven and five rebounds, respectively.

North Allegheny shot 43-percent on the night but weren’t able to keep up with Butler’s torrid shooting in the second half. The Golden Tornado outscored the Tigers, 24-12, in the third quarter to take command of the game and hit 59-percent from the floor over the final 16 minutes.

Following the loss, North Allegheny slides to 7-10 overall and 3-6 in Section 1-6A. Butler leaps to 16-2 overall and 7-3 in section play. The Tigers host the Central Catholic Vikings on Friday night. The game will be broadcast live via the internet on the North Allegheny Sports Network.