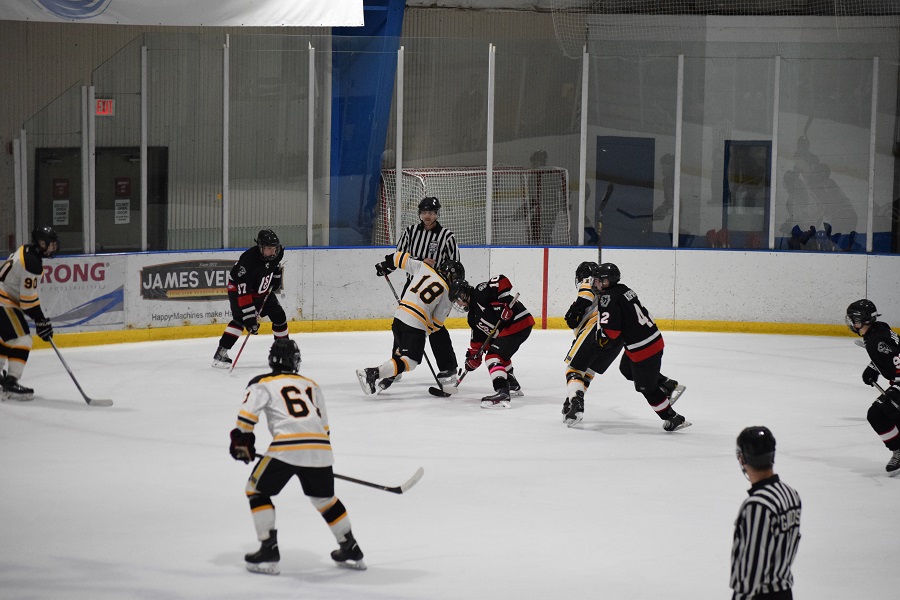 In a battle for first place in Class AAA, the Central Catholic Vikings staved off a third-period rally by North Allegheny for a 4-3 win on Tuesday night. The Vikings jump into first place with 18 points in the standings. The Tigers slip into a second-place tie with Seneca Valley with 17 points.

Central Catholic’s Ryan Kingerski netted two goals, including one power play goal, to help the Vikings build a three-goal lead. Kingerski’s second goal of the night came just 53 seconds into the third period to put the Vikings ahead, 4-1.

North Allegheny began to rally late in the period when Tyler Wilson scored a power player marker, assisted by Tyler Duderstadt and Erik Chidester, to pull NA to within 4-2 with 4:37 remaining. Chidester added a goal with 2:48 to play, assisted by John Parks, to bring the score to 4-3. However, the Tigers could come no closer as the Vikings held off NA for the win.

North Allegheny falls to 8-3-1 on the season following the loss. Central Catholic improves to 9-3. The Tigers hope to bounce back on Thursday night with a meeting against the Seneca Valley Raiders. Opening faceoff is slated for 9:00 p.m.