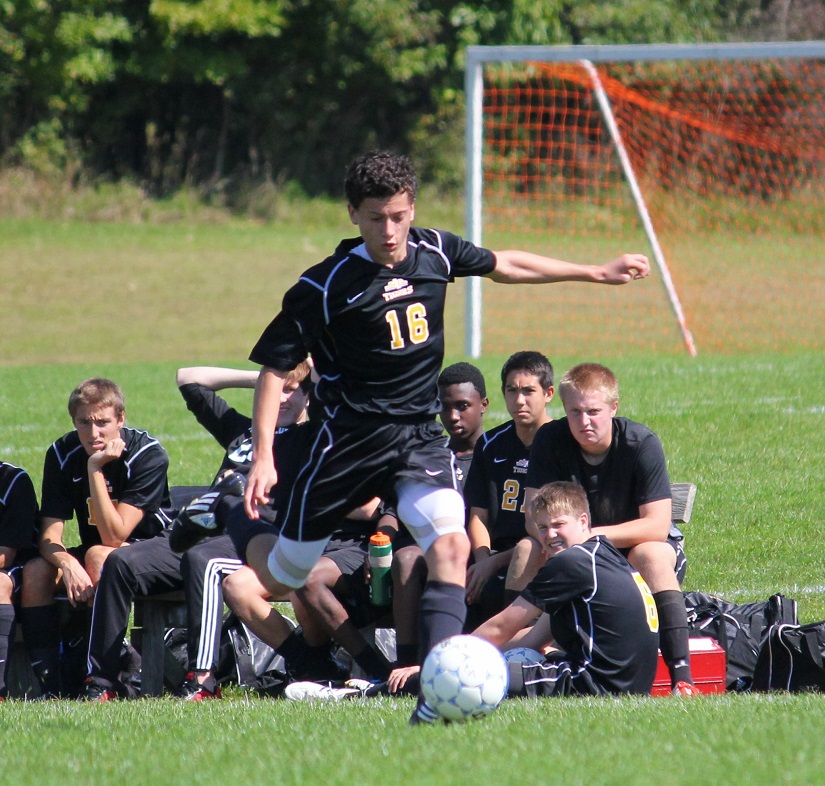 Tigers Upended By Peters Township In First Round, 3-0

On a cool and clear night in the South Hills, the North Allegheny Tigers fell to the seventh-seeded Peters Township Indians on Monday night, 3-0, in the first round of the Class AAA playoffs.  Peters Township stunned North Allegheny early as junior Nicco Mastrangelo slipped a shot underneath Tigers goalie Luke Nolan in the game’s 2nd minute for a prompt 1-0 lead.

The Indians played defensive minded soccer for the next 15 minutes before the Tigers nearly broke through to tie the game when a bounding ball neared the toe of senior Peter Tobias on the door step.  However, Tobias was unable to settle the bouncing ball and narrowly missed wide left of the Peters Township cage.

In the first ten minutes of second half, North Allegheny seemed primed to tie the game by tilting the field with aggressive play.  In the 10th minute of the half, Andrew Earle let loose a left-footed shot from 25-yards out that was aimed for the top left corner of the net, but Indians goalie Max O’Hare climbed the ladder to make the save and keep PT’s one goal lead intact. Peters Township began to pull away on goals by Matt Massucci in the 13th minute and another by Mario Mastrangelo in the 27th minute to finish off the Tigers for a 3-0 victory.

It was a frustrating night for North Allegheny, but there were some bright spots.  Junior Steve Binnig put forth  a fiery display, doing his best to help lead the Tigers toward a comeback.  For his efforts, Binnig was named the Wright Automotive Player of the Game.

After reaching the playoffs for a fourth consecutive season, North Allegheny concludes the 2013 campaign with a 12-6 record.  Peters Township improves to 14-3-2 with win and advances to face second-seeded Seneca Valley on Thursday night.