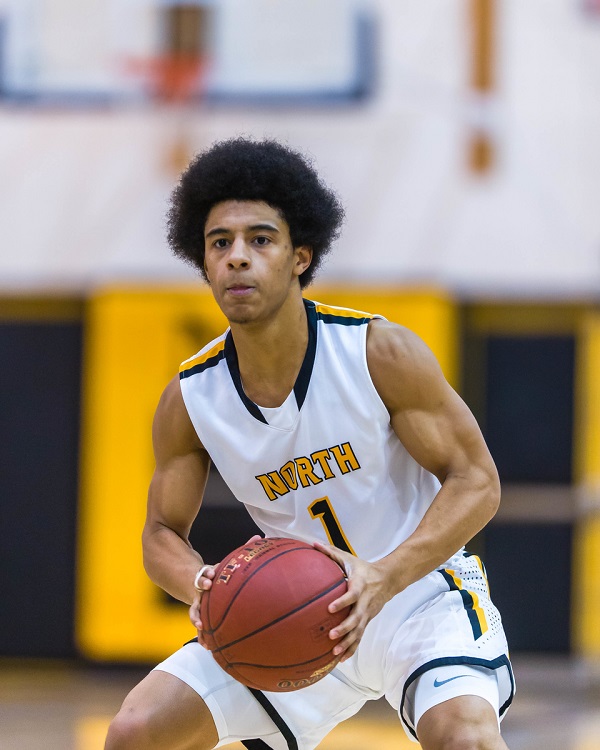 The North Allegheny Tigers lost their second game in a row falling to North Hills on Tuesday night, 76-74, to fall into a three-way tie for second place in Section 3-AAAA.  North Allegheny spotted North Hills an early 10-0 lead before the Tigers responded to make it a one point deficit at halftime. North Allegheny was ice cold in the first half connecting on only 1 of 14 3-point field goals.

The Tigers took their first lead of the night midway through the third quarter led by senior Keegan Phillips. North Allegheny stepped up the pressure defensively and North Hills played with four players with four fouls in the fourth quarter but the Indians took the lead with two minutes to go. The Tigers tied the game when Curtis Aiken drove to the hoop and scored, but North Hills answered and never looked back  when Andrew Paulauskas put back a rebound. The Tigers missed on their next possession and North Hills did just enough from the free throw line to win.  The Tigers did have a chance to tie with seven seconds left and down by three but North Hills chose to foul before Curtis Aiken could shoot.  Aiken made 1 of 2 free throws.

For North Hills, Ishmael Waldron had a huge night.  He scored 25 points and grabbed 17 rebounds.  The Tigers were led by Aiken with 22 points and Phillips with 19 points.  Griffin Sestilli chipped in with 11 points and Isaiah Zeise added 10 points. Keegan Phillips was named the Wright Automotive player of the game for his all-around play on the night.

North Allegheny will be back in action against Shaler on Friday night.