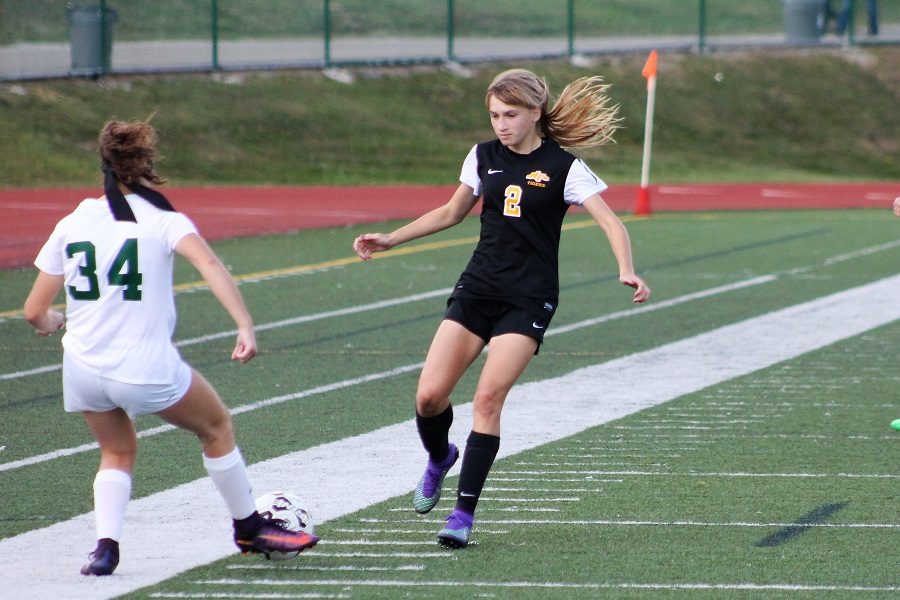 The fourth-ranked North Allegheny girls’ soccer team dropped a 4-1 decision on the road to the Seneca Valley Raiders on Monday night in Section 1-AAAA action. The Raiders pulled into a second-place tie with North Allegheny in the section standings thanks to the win with both teams owning a 4-2 section mark. The Raiders have won four of their last five games with the Tigers.

Seneca Valley played inspired soccer in the opening minutes of the contest and produced four corner kicks in the early going. It was on the fourth corner kick that the Raiders manufactured the first goal of the night on a header by sophomore Paige Brady for a 1-0 lead.

North Allegheny didn’t get its first shot on net until 26:34 of the first half but the Tigers made it count. Senior Morgan Anderson stole the ball near the top of the 18, dribbled in and drove a hard shot past SV keeper Isabella DeFabbo to even the score at 1-1. For her efforts, Anderson was named the Wright Automotive Player of the Game.

Despite the NA goal, the Raiders continued to mount pressure and took a 2-1 lead when Edinboro recruit Jessica Frank got behind the defense on a long pass from Brady and scored with 21:27 left in the half. Seneca Valley netted another marker just before halftime on a goal by Ashely Rea, assisted by Ally Smith, to bring the score to 3-1, Raiders.

The Tigers nearly trimmed the deficit with just over a minute to go in the half but DeFabbo made a pair of fantastic saves to deny Emma Bundy and Ava Ruppersberger on back-to-back shots and kept the Raiders two-goal lead intact going into intermission.

North Allegheny pressed the Raiders throughout much of the second half but was unable to breakthrough to creep closer in the contest. At 13:55 left in the second half, Seneca Valley put the game out of reach on a Shannon O’Shea goal for a 4-1 final.