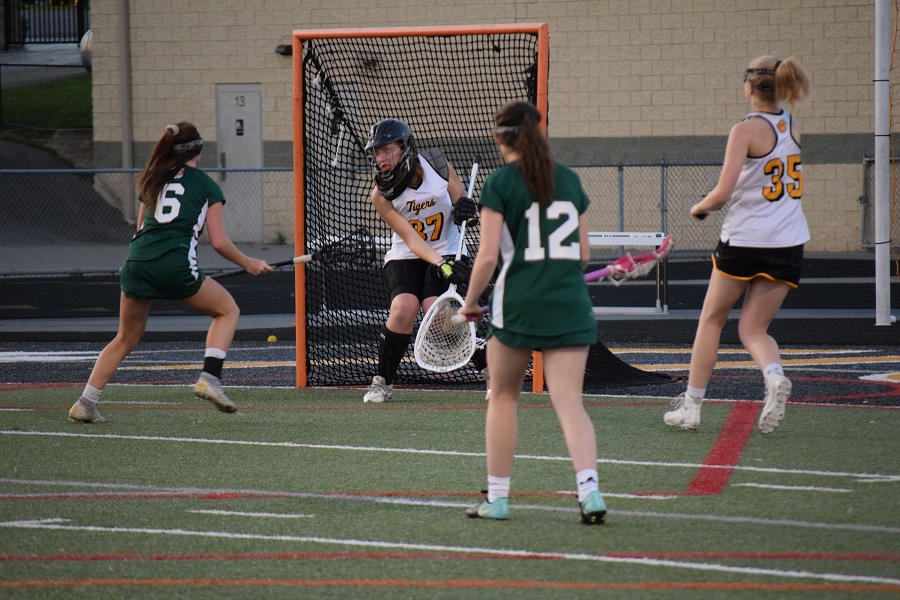 The North Allegheny girls’ lacrosse team picked up a non-section victory on Wednesday night with a 15-10 decision over Ellis School at Newman Stadium. The Tigers controlled the contest from the start and held a 7-2 lead at the half. The Tigers cruised in the second half for their third straight victory and fifth in their last six tries.

Netting one goal each were seniors Ryley McClellan and Lexi McClure. Senior Becca Wickett got the start in net and made 10 saves to earn the victory.

North Allegheny improves to 10-6 overall with the win. The Tigers look to extend their winning streak on Friday night against Hempfield in the regular season finale at 7:30 p.m.