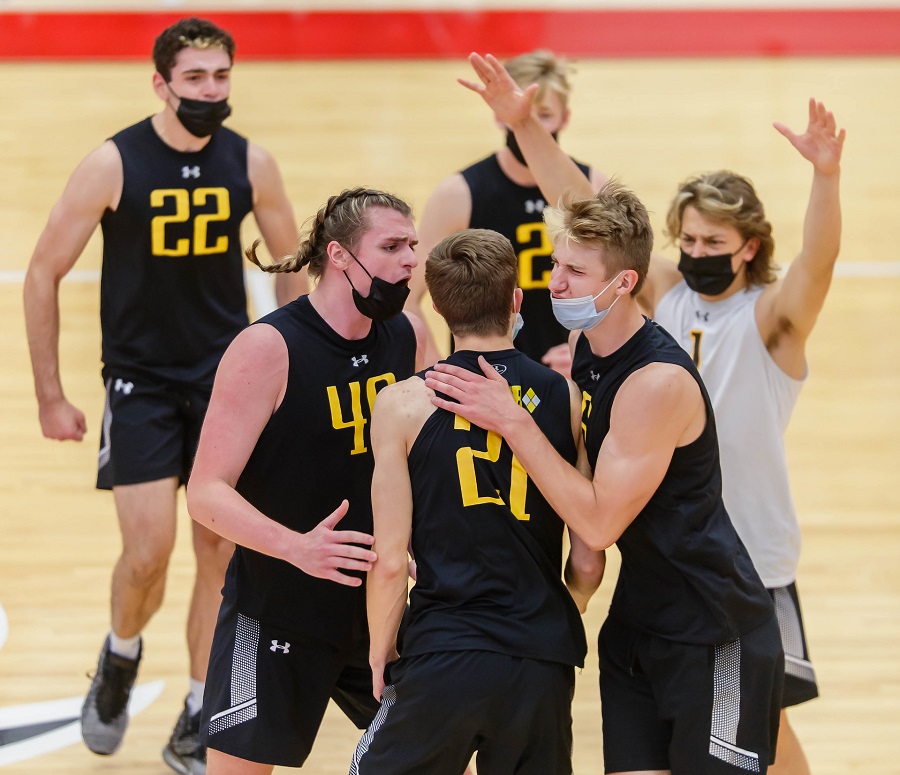 Section rivals North Allegheny and Seneca Valley dueled for the fourth time this season on Tuesday night, and in similar fashion to the previous three matchups, the Tigers prevailed with a 3-0 sweep in the PIAA Class AAA semifinals. The Tigers continued their bid toward a PIAA three-peat by defeating the Raiders by set scores of 25-18, 25-23 and 29-27. The win was North Allegheny’s 12th straight win against Seneca Valley and 64th in a row overall.

In the first set, the Tigers set the tone for the night with a strong blocking presence. Tied 9-9 in the early going, NA pulled away for a 25-18 win, thanks in large part to the net play of Timmy Ditka. The senior blocker finished the contest with a team-high seven blocks and added five kills on offense. Ditka was selected as the Wright Automotive Player of the Match for his help in neutralizing Seneca Valley’s big hitters.

Seneca Valley bounced back in the second set and held a 23-20 lead. As they did in their WPIAL championship meeting with the Raiders, the Tigers displayed their mettle and took the next five consecutive points to claim a stunning 25-23 victory. NA’s 5-0 run began with a kill by senior David Sanfillipo and continued with another kill by Ditka. Following a Seneca Valley hitting error, Ryan Treser served an ace and junior setter Caleb Schall capped the run with a block. Schall finished with 32 assists, seven digs, five blocks and three aces in an exceptional all-around performance.

The third set was a classic battle between two great rivals. Seneca Valley had a chance on three separate occasions to win set three but NA once again displayed the resolve of a champion. Powered by the right arm of senior Michael Mosbacher, the Tigers overcame the Raiders for a 29-27 triumph to finish off the sweep. Mosbacher tallied seven kills in the final set and totaled a team-high 13 kills on the evening.

With the win, North Allegheny improves to 18-0 overall and advances to the PIAA championship match for the fourth straight season and looks to win a third consecutive state title. Seneca Valley’s season ends with a record of 18-4, with all four losses coming to North Allegheny.

The Tigers will face Central Dauphin in the PIAA Class AAA title tilt on Saturday at 1:30 p.m. at Penn State University. The match will be broadcast live via the internet on the North Allegheny Sports Network.