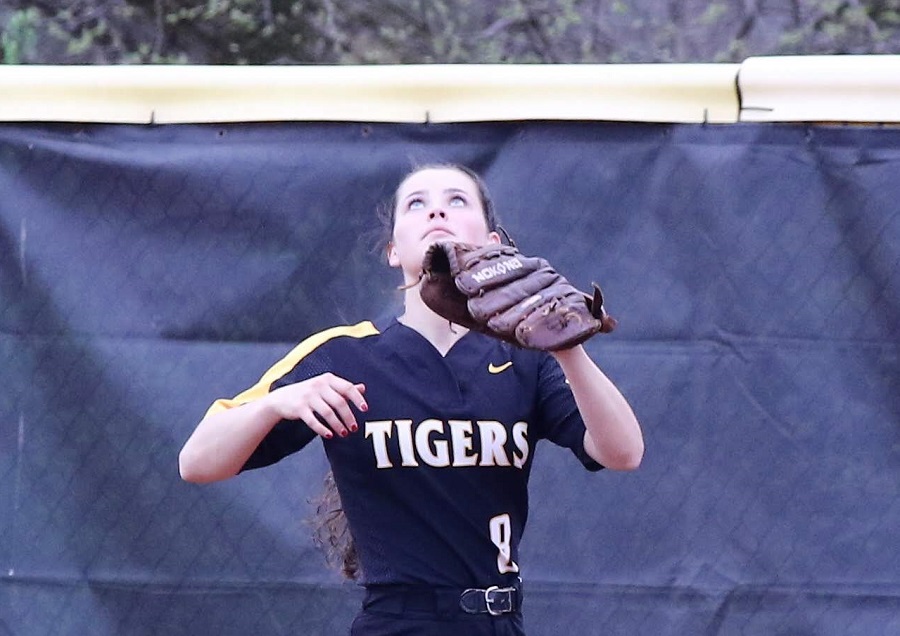 The North Allegheny softball team earned a season sweep over the reigning PIAA champion Hempfield Spartans with a 4-3 home victory on Wednesday evening.

In their first meeting on March 28, the Tigers won a slugfest by an 11-6 decision. In the rematch, Hempfield pitcher Callie Sowers and North Allegheny hurler Ashley Adams matched each other pitch for pitch with three scoreless innings to start the ballgame.

North Allegheny was able to build an uprising in the bottom of the fourth inning with a pair of two-out walks by Bri McDonough and Lauren Harris. Senior Rachel Martindale followed with a three-run homer, her fourth of the season, to give the Tigers a 3-0 lead.

In similar fashion, Hempfield got even in the top of the fifth inning. Walks by Taylor LaVale and Laura Fox set the table for Jessica Persin with two outs. After fouling off several 3-2 pitchers, Persin finally found a payoff pitch that she could take advantage of and smacked a three-run homer to knot the score at 3-3.

The Tigers answered back in the bottom of the fifth. Senior Kristen Chomos reached on a one-out single and advanced to second on a walk by senior Regan Brodine. Pinch-hitting for Chloe Szczepaniak, freshman Alaina Whipkey came through with an RBI double to right-centerfield, scoring Chomos for a 4-3 lead. For her clutch hit, Whipkey was named the Wright Automotive Player of the Game.

Hempfield threatened to tie the game in the top of the seventh inning with runners at first and second and one out. Adams buckled down to strike out Persin for the second out, and induced a lineout of Emma Hoffner that was snared by McDonough at second base to finish off a 4-3 triumph.

North Allegheny improves to 10-1 overall and 8-1 in Section 2-6A. Hempfield slips to 6-5 overall and 6-3 in the section. The Tigers will face a tough non-section test on Thursday afternoon with a visit to Penn-Trafford to face the top-ranked team in Class 5A. First pitch is slated for 4:15 p.m.