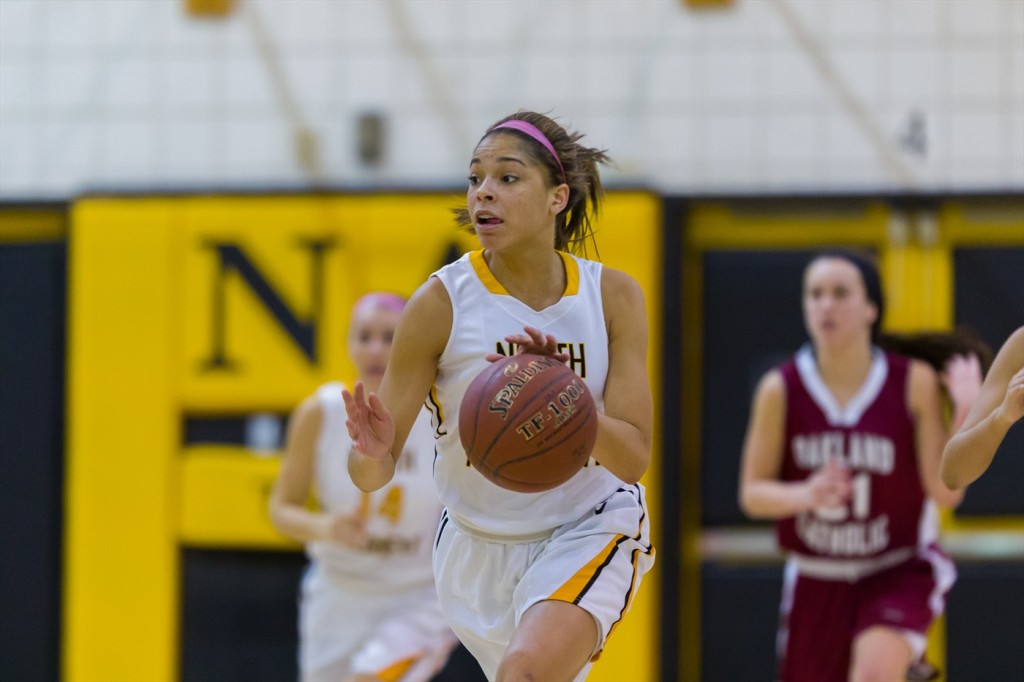 North Allegheny’s WPIAL first round game against the 15th-seeded Penn-Trafford Warriors began with a steal and layup by junior Hailey Zeise to give the Tigers a 2-0 lead. The opening bucket epitomized the night for both sides as the second-seeded Lady Tigers forced 25 turnovers and rolled to a 62-30 victory over Penn-Trafford. It  was NA’s 13th consecutive victory.

Following the Zeise steal and layup to start the game, North Allegheny opened up a 13-0 lead before Penn-Trafford scored its first points with less than two minutes remaining in the first quarter. The Tigers started slowly shooting from the field but found their groove in the second quarter as freshman Rachel Martindale poured in 11 first half points on 3 of 5 shooting from beyond the arc.

The Tigers held a 31-16 lead at the half and put the game in cruise control in the second half thanks to their pressure defense. With NA hounding Penn-Trafford’s guards all game long, no Warrior touched double figures as senior Michelle Bosco led the team with nine points.

The win improves North Allegheny to 20-3 on the season making it the fourth consecutive year the Tigers have won 20 games more. Penn-Trafford ends the season with a 9-14 record. The Lady Tigers will face the Bethel Park Black Hawks in the quarterfinals next Friday night. The game will be broadcast live via the internet on the North Allegheny Sports Network.