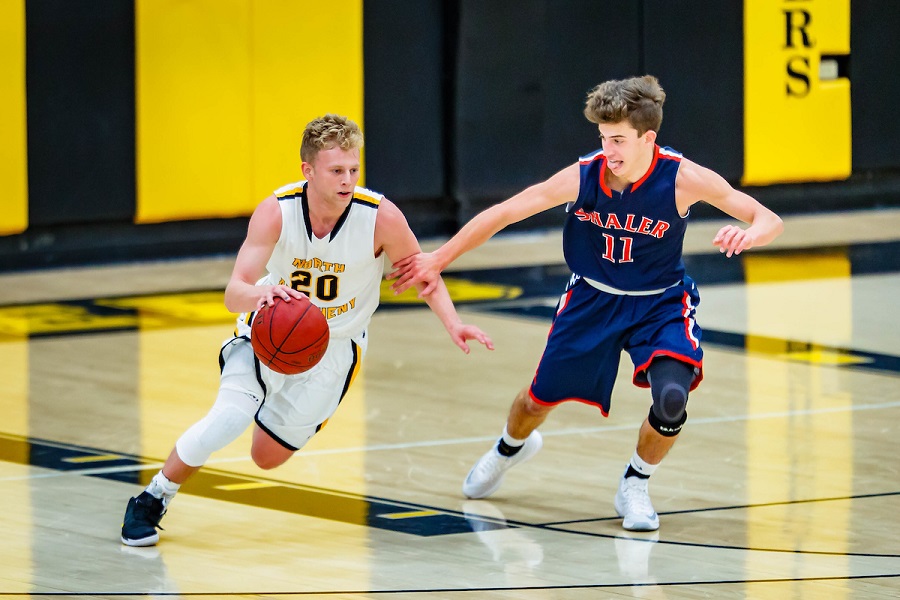 Atoning for an early season home loss to Shaler, the Tigers earned a measure of revenge and evened the season series with the Titans with a 64-52 road victory on Friday night. The win is North Allegheny’s third in a row and pulls the Tigers into sole possession of fourth place in the Section 1-6A standings.

North Allegheny built a 30-14 lead by halftime and kept Shaler at arm’s length in the second half. Senior Curtis Aiken and Ray Sandherr led the Tigers in scoring with 24 points apiece. Both players got to the foul line early and often, pouring in a combined 23 of 27 from the charity stripe.

North Allegheny improves to 5-7 overall and 3-4 in section play. Shaler slips to 7-8 overall and 2-5 in Section 1-6A. The Tigers host Baldwin on Saturday night at 8:00 p.m. at the Hoops For A Cure Classic.