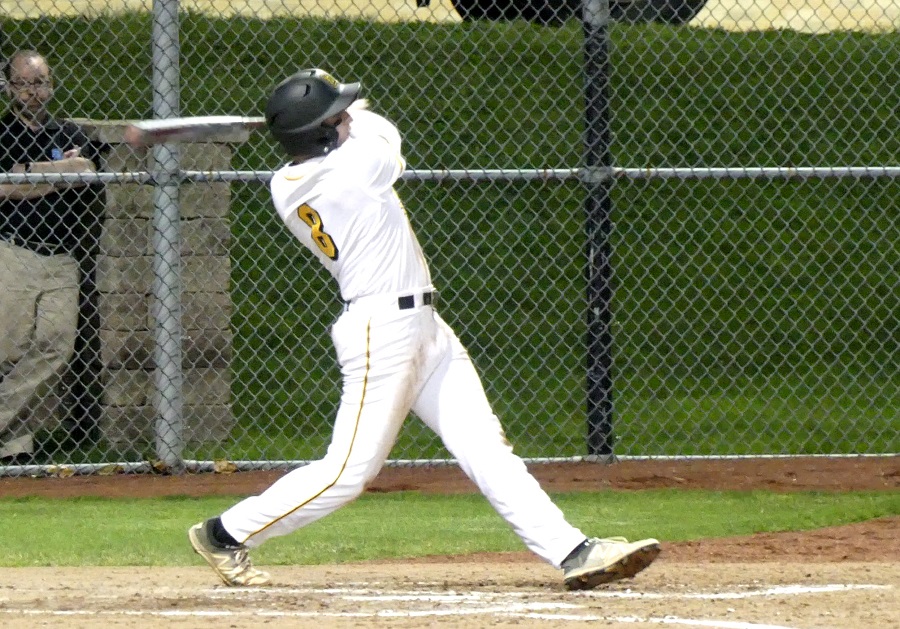 Off to their best start in seven years, the North Allegheny Tigers took advantage of 12 walks by Seneca Valley pitchers en route to an 11-4 victory on Monday night. North Allegheny’s 7-0 start to the season is the finest since 2010 when the Tigers opened the year at 6-0. The win also marked the eighth time in the last nine games the Tigers have defeated Seneca Valley in the head-to-head series.

In the top of the first inning, it was Seneca Valley who capitalized on two walks and an error by North Allegheny for an early lead. With the bases loaded and one out, Mark Trotta delivered a two-run single to put the Raiders on top, 2-0.

In the bottom of the second inning, Seneca Valley’s propensity to issue free passes developed and Raiders starter D.J. Alway walked the first four batters he faced in the inning. The fourth base on balls was granted to senior Andrew Turzai with the bases loaded to cut the SV lead to 2-1. Caiden Wood’s RBI single tied the game at 2-2, and moments later Alex Mesaros raced home on a wild pitch to give the Tigers a 3-2 lead. Not done yet, the Tigers tacked on two more runs in the inning on a sacrifice fly by Jack Lehew and an RBI double by Ben Surman for 5-2 advantage.

Seneca Valley closed the gap to 5-3 in the top of the third inning courtesy of an RBI single by Mike Marrone. However, North Allegheny answered with a four-run bottom of the third to take a firm grasp of the ballgame. Two walks by Marrone, pitching in relief for Seneca Valley, helped load the bases and Wood cleared them with a three-run triple to bring the score to 8-3, Tigers. Lehew added an RBI single and the NA lead swelled to 9-3.

Four walks in the fourth inning by the Raiders, including a bases-loaded free pass to Wood, increased the NA advantage to 10-3. On the night, Wood went 2 for 3 with five RBI and two runs scored and was selected as the Wright Automotive Player of the Game by the North Allegheny Sports Network.

Lehew had a strong night at the plate as well, going 2 for 3 with three RBI’s and drove in NA’s 11th run of the night in the sixth inning with an RBI triple. Seneca Valley picked up its final run in the top of the seventh on a sacrifice fly by Slippery Rock recruit Mike Collins to bring the score to its eventual final, 11-4, Tigers.

On the mound, starter Danny Caropresi worked three innings and allowed three runs (one earned) to earn the victory. Southpaw Julian Klein pitched four effective innings of relief for his first save of the season, allowing only one unearned run with four strikeouts. Alway took the loss for Seneca Valley and was chased from the game in the second inning.

North Allegheny improves to 7-0 overall and 2-0 in Section 1-AAAAAA. Seneca Valley drops to 3-4 overall and 0-2 in the section. The Tigers will host Butler on Wednesday night in a game that will be broadcast live via the internet on the North Allegheny Sports Network.