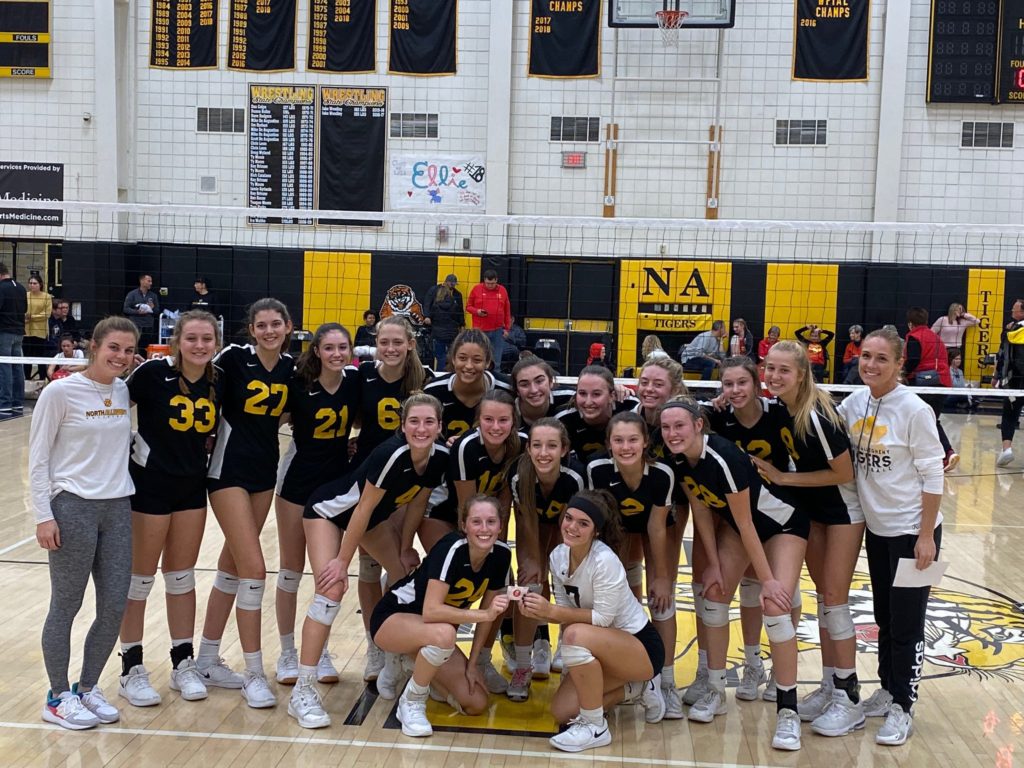 The North Allegheny girls’ volleyball team concluded the regular season on Saturday with a tournament championship at the NA Invitational. The Tigers hosted and won the 19-team tournament in a final tune-up before the WPIAL playoffs which begin this week.

North Allegheny cruised through pool play and defeated Clarion in the tournament semifinals. For the championship, the Tigers claimed a 25-16 win over North Catholic.

The undefeated and top-ranked Tigers are expected to receive a first-round bye when the WPIAL playoff brackets are released on Monday.