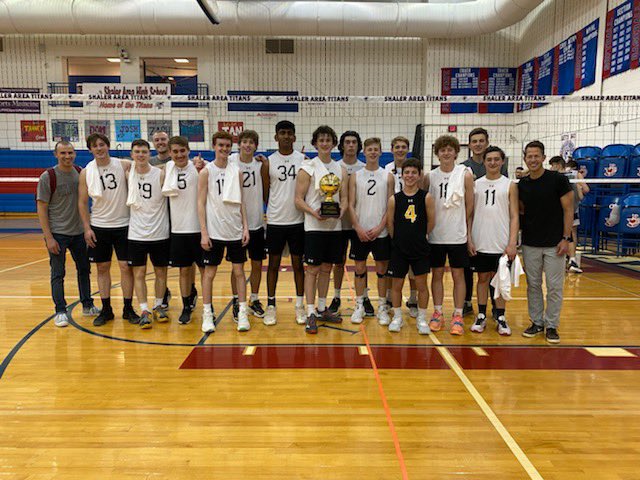 The North Allegheny boys’ volleyball team wrapped up the regular season on Saturday by claiming the title at the Shaler Invitational. The Tigers defeated both Cochranton and Altoona by 2-0 scores before sweeping McDowell and Meadville, 3-0, in the Power Pool. In the tournament playoffs, the Tigers topped McDowell again in the semifinals, 25-18, and defeated Cochranton for the tournament crown, 25-18.

In addition to Treser, LaMay tallied 22 digs, followed by Schall and Hahn with 20 and 19 digs, respectively. Schall distributed a team-best 72 assists and senior Jake Koch chipped in with 24 assists.

North Allegheny will begin WPIAL Class AAA postseason play this week as the No. 2 seed. The four-time reigning WPIAL champs will play host to a quarterfinal matchup on Thursday night. The Tigers will face the winner of the Upper St. Clair/Greater Latrobe meet to be played Tuesday. For a look at the WPIAL Class AAA bracket, click here. All NA playoff games will be broadcast on the North Allegheny Sports Network.