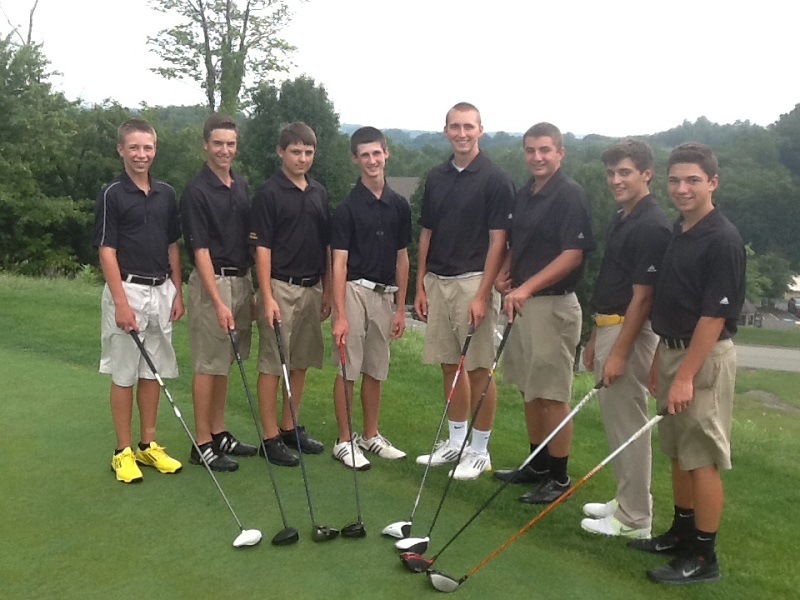 In a stunning upset, the North Allegheny Varsity Boys’ Golf Team defeated Sewickley Academy in a non-section match yesterday at Allegheny Country Club. Martin Lazzaro, Josh Huhn, and Nick Longo were the team leaders, each shooting a 38.  The score was tied 204-204 at the end of the match, and Lazzaro and Huhn were chosen to play off two holes against Sewickley Academy, and they ultimately won the match.  During the first playoff hole, Lazzaro bogeyed and Huhn made par, just missing his birdie putt by an inch.  During the second playoff hole, Huhn’s second shot went beyond the green into the thick fescue grass, but he managed an astounding bogey.  Lazzaro’s second shot landed 20 feet from the pin, and he drilled the putt into the hole for an amazing birdie, giving NA the win over undefeated Sewickley.

The big win lifts NA’s overall record to 4-1 for the season. The Tigers will have another tough test on Tuesday when North Allegheny visits Central Catholic in a section affair. Tee-time is scheduled for 3:30 pm.