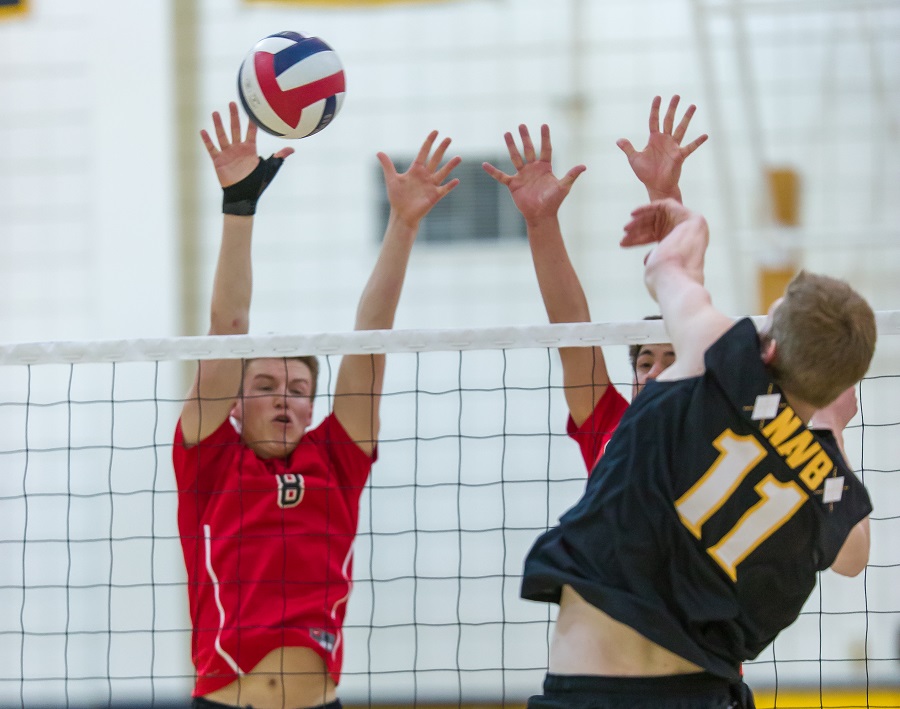 The Fox Chapel Foxes, the top-ranked team in the state, handed North Allegheny its second straight defeat with a 3-0 win on Thursday night at NASH. It’s the first time in over a decade that the Foxes beat the Tigers. The game also marks the first time since 2007 that the NA has lost two section games in a single season, a true testament to the dominance of the Tigers volleyball program.

Fox Chapel earned the win with set scores of 25-14, 25-14 and 25-14. It was a well-rounded effort by the Foxes who were spurred on by several players, including senior Jaysen Zaleski who tallied 10 kills.  Senior Ben DePelligrini kept NA off balance with his hard, sinking serves and twin brother Max DePelligrini played well at the setter position.

For North Allegheny, the Tigers were led by senior Nikola Topich who tallied a team-best 10 kills and added five digs.  For his efforts, Topich was named the Wright Automotive Player of the Match.

North Allegheny drops to 0-2 overall and in Section 2-AAA action.  Off to a hot start, Fox Chapel jumps to 3-0 overall and in section play.  The Tigers look to find their rythym this weekend at the Derry Invitational.