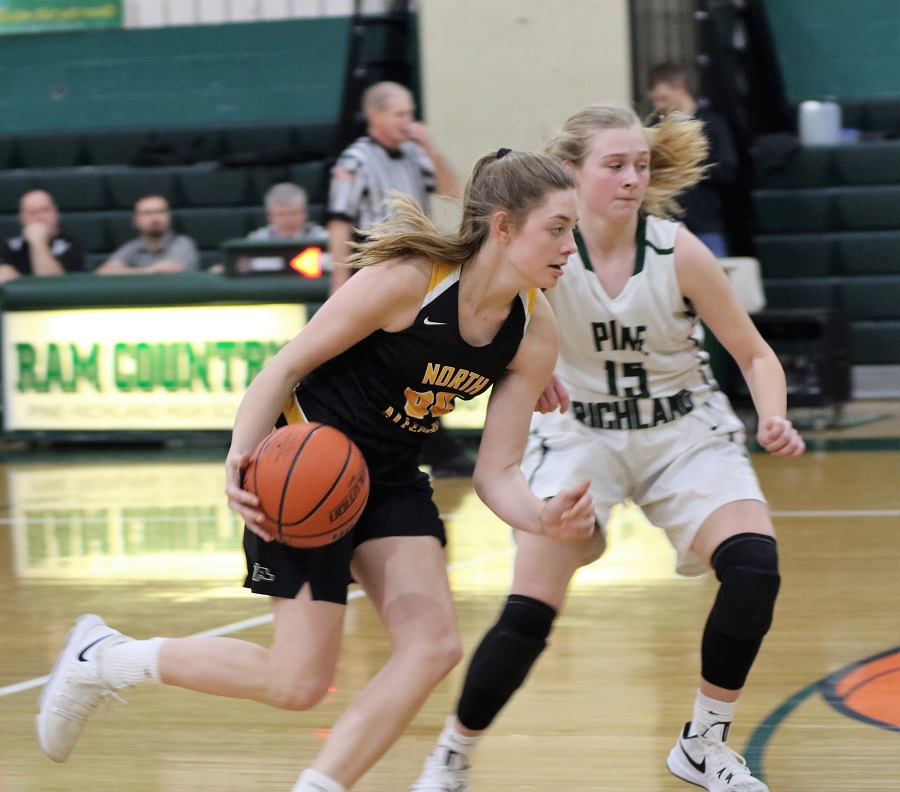 The top-ranked North Allegheny girls’ basketball team outlasted the No. 5 Seneca Valley Raiders in a low-scoring battle in Section 1-6A action by a 49-29 decision on Monday night. It was the fifth consecutive game that the Tigers ferocious defense limited an opponent to under 30 total points. The Raiders scored a paltry nine points in the second half as the Tigers pulled away for the victory.

Senior Rachel Martindale nearly outscored the Raiders on her own by netting a game-high 19 points, including five 3-pointers. Sophomore Paige Morningstar added eight points. Seneca Valley was led by Hailey Cramer and Maddie Karchut who tallied six points each.

North Allegheny improves to 16-0 overall and 9-0 in Section 1-6A. Seneca Valley slips to 11-4 overall and 5-4 in the section. The Tigers will host the Fox Chapel Foxes on Thursday night in another section contest. The game will be broadcast live via the internet on the North Allegheny Sports Network.